'Snow White' again on shelves with drawings by master illustrator 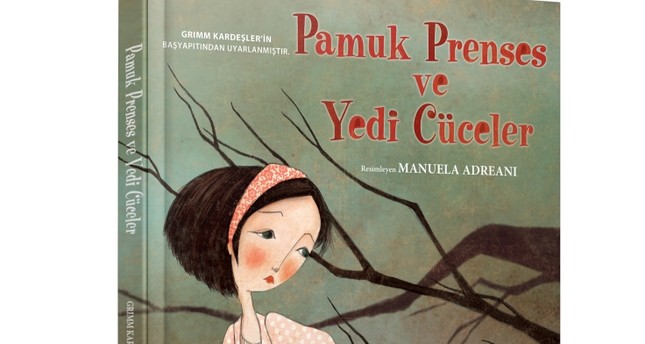 A modern version of the Brothers Grimm's "Snow White," which has been adapted to plays, ballets, musicals and films since 1812, has been re-published by Pena Publications. This classic tale is now more attractive with elegant illustrations by Manuela Adreani, an awarded Italian illustrator who enriches the tale with her amazing illustrations.

Enlivening the story with striking illustrations of scenes such as the queen speaking to the magic mirror, Snow White running to the forest and meeting the dwarves and the poison apple give new life to the classic.

Adreani was born in Rome and lived in Torino and has worked as a graphics designer after completing her education in illustration. Passing to the animation world, the illustrator worked for a cartoon on the RAI channel after winning a scholarship for a master's program at the Europe Design Institution. While continuing at various publishing houses as an independent illustrator in 2011, Adreani received many awards at many competitions. Pena Publications also published "Pinocchio" for which she also did the illustrations. ISTANBUL

Share on Facebook Share on Twitter
Previous in Books Asterix, the indomitable pint-sized Gaul forever outfoxing the Romans,... Next in Books Sabahattin Ali's "Madonna in a Fur Coat," one of the best-selling...
DAILY SABAH RECOMMENDS