Original Winnie the Pooh map sells at auction for record-breaking $570,000 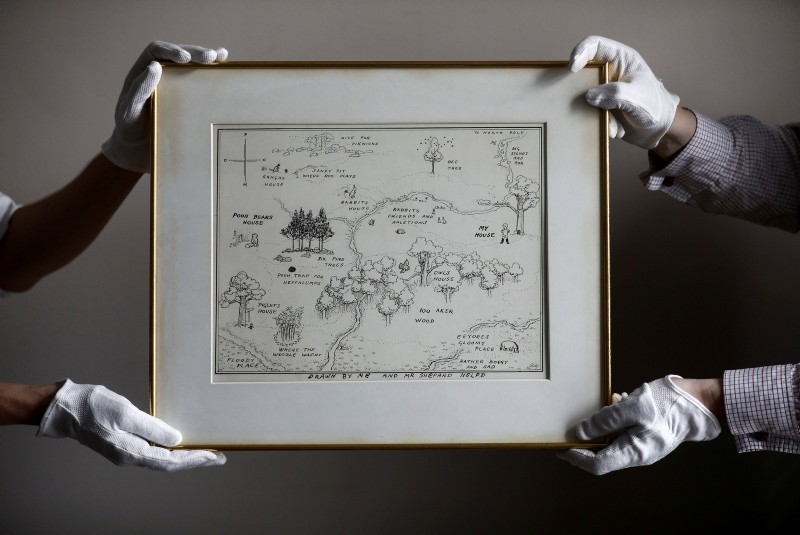 The original map of Winnie-the-Pooh's Hundred Acre Wood by artist E.H. Shepard was bought for a record-breaking 430,000 pounds ($570,137) on Tuesday, auctioneers Sotheby's said.

The map for A.A. Milne's children's classic, completed in 1926, broke the record for the amount offered for any book illustration at auction, it added.

Featuring on the opening end-papers of the original book, the map introduces readers to the imagination of Christopher Robin and his woodland friends Eeyore and Roo.

Forty years later, it played a starring role in the Disney film "Winnie-the-Pooh and the Honey Tree" where it was brought to life as an animation in the film's opening sequence.

Four other original Pooh illustrations were sold alongside the map, with the five fetching a combined total of 917,500 pounds compared with a 310,000 to 440,000-pound estimate.