For the first time in 41 years, inflation is under five percent 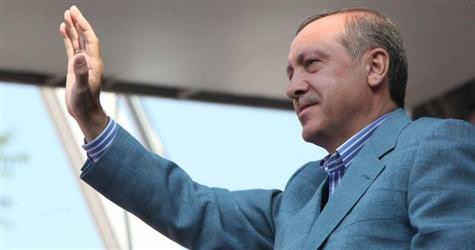 After 29 different administrations in power and six different presidents, for the first time Turkey’s inflation rate has reached its lowest level in 41 years.

The inflation 'monster' which has hold Turkey's economy in its claws for years now, has finally returned to the level it was 41 years ago. The annual inflation rate in January was realized below five percent. The last time this was the case was in 1970 when in July, inflation went down to 4.3 percent.
GOVERNMENT AFTER GOVERNMENT WORE IT OUT
In 1973, inflation climbed due to the petrol crisis and in 1980 the figure surpassed 100 percent. A number of administrations came into power with promises of bringing inflation down however they all ended up having to step down.
AND IT'S DOWN TO 4.9 PERCENT
Due to measures taken after the 2001 crisis, the inflation rate began to regress. It didn't receive the killer blow however, until the latest no-concessions economic policy was put into place. January's inflation rate on an annual basis has dropped to 4.9 percent.
Nicknamed the 'monster' for years, Turkey's exaggerated inflation rate has finally thrown in the towel, evidenced by January's figures announced yesterday by the Turkish Statistics Institute. At 4.9 percent on an annual basis, January's figures are a far cry from the nightmare the 'monster' caused in the past. Last seen under the five digit figure was in 1980, when inflation was at 4.3 percent. Since then it has even gone so far as to hit three digit figures and although global and national crises are in part to blame, undeniably the political instability in Turkey also contributed.
The highest figure seen was in 1980 when the inflation rate was at 138 percent, then in the 1990's the figure reached 130 percent.
According to the figures released for January, 2011 the consumer price index increased by 0.41 percent and the producer price index by 2.36 percent.
In comparison to CPI figures from the year prior, restaurants and hotel saw the highest increase at 9.38 percent. Onions took the cake in highest price increase with a 55.01 percent rise seen in January.
SIX PRESIDENTS AND 29 GOVERNMENTS COME AND GO
The six presidents to come and go durign the 41 year history of inflation in Turkey were Cemal Gürsel, Fahri Korutürk, Kenan Evren, Turgut Özal, Süleyman Demirel and Ahmet Necdet Sezer. A total of 29 different administrations ruled Turkey during this period, which means that the government's administration switched once every 1.3 years.
Turkey has experienced three coups, between 1971 and 1980.