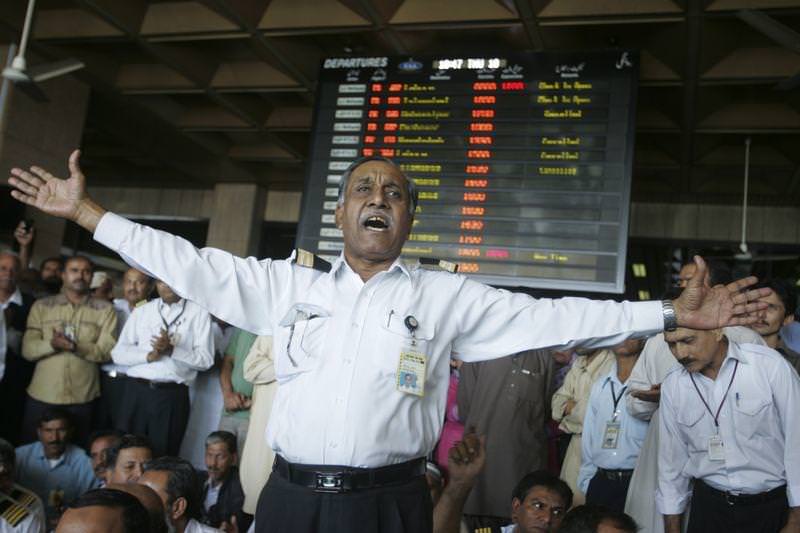 Pakistan's national airline was forced to cancel dozens of flights on Thursday after authorities failed to convince employees to end a strike that has added to the woes of an already troubled government.

Many pilots, flight crew and ground staff of Pakistan International Airlines went on a strike on Tuesday to protest against a proposed codeshare agreement with Turkish Airlines THYAP.IS.

"The strike continues, and it will continue until the (managing director) goes," Uzair Khan, joint secretary of the Pakistan Airline Pilots' Association (PALPA), told Reuters.

Under the proposed deal with Turkish Airlines, which is yet to be approved by the government and regulators, PIA would relinquish some of its lucrative European and U.S. routes.

According to a joint action committee of PIA employees, handing over these profitable routes will deprive the national airline of billions of rupees in revenue.

PIA spokesman Mashhood Tajwar said 33 domestic and international flights were cancelled on Thursday. About 100 have been cancelled since the strike began on Tuesday.

Dozens of other flights were delayed, leaving thousands of passengers stranded at airports around the country.

Like many state businesses in Pakistan, PIA has been hit hard by mounting debts and mismanagement. Analysts say any move on part of the government to further subsidise PIA or other ailing national institutions will not bode well with international donors.

In November 2010, PIA asked the government to write off losses and debt of about $1.7 billion to save it from bankruptcy, a tough ask for the government which relies heavily on foreign aid, and an International Monetary Fund loan programme that, among its many conditions, calls on the government to reduce subsidies and spending.

The government has yet to agree to PIA's request, officials say.

"Over the past three years, the managing director of the airline has failed to deliver and he must now go," said Sohail Baluch, the chief of PALPA."We demand of the government to scrap whatever deal the PIA is planning with Turkish Airlines and dismiss the (managing director), and replace him with a professional person," he told Reuters.

He also demanded that some of the pilots and other staff suspended recently must also be reinstated immediately.