We are slowly becoming international giants in production… 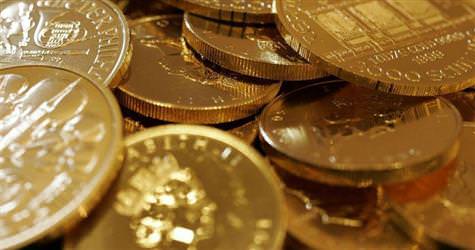 The uprisings in the Middle East have resulted in transforming Turkey into a capital for gold.

As the public in Syria is convinced that currency and other methods of investment in the country are sure to lose value, they have gone on to make record purchases of gold in Gaziantep and Hatay. A number of gold buyers are leaving their purchases in Turkish jewelers' custody.
The uprisings in Syria have drowned Gaziantep and Hatay in gold. While Syrians are concerned that the nation's currency and other investment vehicles may lose value due to the current upheaval, they have begun to direct their savings to Turkey. During this process, gold has fast become the most preferred method of investment. According to data from the Gaziantep and Hatay Jewelers Chamber, over the past two months alone, Syrians have purchased over 300 kilos of gold. Due to security concerns in Syria, a significant portion of the gold purchased was left in custody to Turkish jewelers' safes. According to unrecorded data, this is transpiring at an even much higher level. According to Mehmet Ali Yıldırımtürk, the uprisings in the Middle East have a significant impact in the recent multiplied increase in the import of gold. The Middle Eastern public, which is transferring their funds into gold as a result of the economic and political instability are selecting gold produced in Turkey due to both its design and quality.
IMPORT PROHIBITION LIFTED IN 2010
By lifting the prohibitions on precious metals and jewelry imports in 2010, Syria established a very important foundation for trade. With the recent developments in Syria, this trade has reached a peak. Jewelers in Gaziantep state that the public is changing their currency into gold directly in response to the political upheaval in Syria. When the uprising increased in fervor, the Syrian public began handing over their savings to relatives or trustworthy jewelers in Turkey. Mersin's Chamber of Commerce (MTSO) Administrative Board Member and Precious Metals and Jewelers Commercial Trade Representative Murat Karteper also states that the political instability in the Middle East is directly responsible for the fast increase in the price of gold in recent months and as a result the price per ounce continues to increase every day.
WE ARE BECOMING INTERNATIONAL GIANTS IN PRODUCTION
According to figures from the Gold Miners Association; there is approximately five thousand tons of gold in Turkey "under the pillow." In 2010, approximately 17 tons of gold was extracted. Ever since Turkey began mining for gold in 2001, 82.1 tons of gold has been produced in the country.
GOLD ALSO ON A RISE DUE TO IRAN SANCTIONS
The recent uprisings in the Middle East are not the sole factor gold traffic in Turkey has increased. The sanctions issued on Iran have also become an influential factor. As trade is restricted from being conducted through banks, it has moved to jewelers and currency exchange offices. Iranian businessmen tend to locate a foreign exchange office in Eminönü with an agreement in place and they use their identification to receive their payments in cash.
GOLD PRICES ARE BREAKING RECORDS
Ever since the start of the year, gold prices have been breaking record upon record. A new record was broken once again on Tuesday, May 2nd. With the International Gold Market price of an ounce of gold reaching 1.576 U.S. dollars, a new record was set. Meanwhile, the price of a quarter gold coin has surpassed 125 TL.