Racing to fifth place in Europe 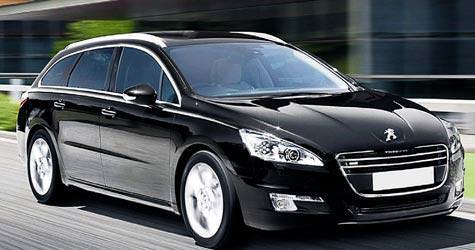 While the Turkish market has shown higher than anticipated growth since the start of the year, a number of nations in Europe are suffering which has resulted in altering the listing of countries with the highest vehicles sales. Figures from the first four months of the year show a 70.3 percent increase in automotive sales, reaching a total of 176,730 vehicles. Contrary to most European nations, automotive sales in Turkey for April, as well as the January to April period, displayed positive developments. Turkey is now situated in sixth place in terms of automotive sales in Europe. Should this increasing trend continue, Turkey will soon secure fifth place from Spain.
Explaining that the Nissan market alone has increased by 40 percent, Peugeot General Manager Jean Pierre Vieux states that according to April calculations; by the year's end the market may reach the 900,000 figure. Mentioning that Turkey may surpass Spain to become the fifth highest automotive selling nation in Europe, Vieux states, "This year, we anticipate the market to reach the 850,000 level with 510,000 automobile and 340 light commercial vehicle sales. However, there is just one figure that matters to me and that is rising above the 140 vehicles' per every 1,000 people ratio."
308 MODEL REVISED
Peugeot's highest selling model the 308 has been revamped, acquiring a brand new image. The sales target for the new 308, which will go on the market on June 17th, is 2,500 vehicles. Meanwhile, Peugeot's 2011 target market share is 6.6 percent, while Peugeot's 2012 target is ten percent.