Erdoğan continues on with 'master' era in the economy 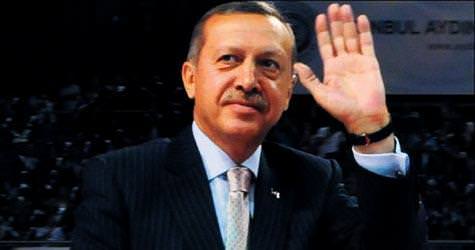 "The coming four years will be a high-performance four years, and the first year will be an intensive working period," Erdoğan told a news conference announcing his team.
Erdoğan, whose AK Party won an unprecedented third term in office in an election last month, has said he aims to replace a constitution that was drafted after a coup in 1980.
Markets hope, however, that the government will priorities the need to cool an economy that surged 11 percent in the first quarter of 2011, and could rack up a current account deficit of up to 10 percent of GDP this year.
While Şimşek keeps his post Zafer Çağlayan, former trade minister, was named new economy minister. In the previous government, Deputy Prime Minister Ali Babacan was responsible for the economy.
Babacan has been retained as one of four deputy prime ministers, but Erdoğan did not specify what Babacan's duties would be in the new cabinet.
Erdoğan will present his government's program to parliament on Friday for a vote of confidence.
Turkish financial markets, more preoccupied with eurozone debt fears after the downgrading of freshly bailed-out Portugal's credit rating, were mostly unmoved by new cabinet.
"The economy team doesn't include a surprise," said Tufan Cömert, a strategist at Garanti Securities. "It's neutral for the market."
Ahmet Davutoğlu, the architect of NATO member Turkey's assertive foreign policy and closer ties to Middle East countries including Iran, stays as foreign minister.
Turkey and Erdoğan's party are often are cited as models for supporters of democracy living through the "Arab Spring" series of anti-authoritarian protests in parts of the Middle East.
Liberal on economic issues and socially conservative with Islamist roots, AK swept to power promising reforms in 2002, pushing bold changes that challenged the secularist military and judiciary and expanding some rights for minority Kurds.
Critics say there was a dearth of reforms in recent years as AK grew used to power and some accuse Erdoğan of restricting cowing freedoms and of being intolerant of dissent.
Under Erdoğan, Turkey has been transformed from serial basket case to one of the world's fastest growing economies, but there are worries that it could be set for a hard landing unless the new government tightens fiscal and monetary policy fast.
For all the concern among analysts over the size of the current account deficit, Erdoğan said it was not a worry and would start falling in the fourth quarter.
Analysts also see a risk of inflation gathering pace, but the central bank is resisting pressure to change an unorthodox policy, introduced last December, which relies on lower interest rates to deter portfolio inflows and higher reserve ratio requirements for banks, to dampen credit growth.
In an appointment that could breathe new momentum into Turkey's aspirations to join the European Union, Egemen Bağış, Turkey's chief negotiator for EU membership, was appointed head of the newly created European Union ministry.
Erdoğan, whose AK won 49.9 percent of the vote on June 12, has pledged to reach out to the opposition to write a new constitution. There is speculation that Erdoğan wants to move Turkey toward a more presidential system of government, with the ultimate aim of becoming president himself.
But his calls for consensus got off to a bad start after nearly a third of elected deputies, making up the bulk of the opposition, refused to take their oath at the opening of the mew parliament last week to protest against bans on elected candidates.