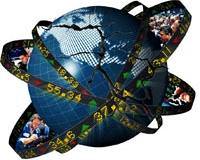 Global policymakers held an emergency conference call on Sunday to discuss the twin debt crises in Europe and the United States that are causing market turmoil and stoking fears of the rich world sliding back into recession.

After a week that saw $2.5 trillion wiped off global stock markets, political leaders are under mounting pressure to reassure investors that Western governments have both the will and ability to reduce their huge and growing public debt loads.

A Japanese government source said finance leaders from the Group of Seven big developed economies would also discuss the crisis and may issue a statement afterwards, although the timing of such a call was unclear.

The European Central Bank was scheduled to hold a rare Sunday afternoon conference call. Investors are anxiously looking for the central bank to start buying Italian and Spanish debt on Monday to stabilize prices, a move that has split the ECB governing council.

"They discussed the euro area and the U.S. debt downgrade. Both agreed the importance of working together, monitoring the situation closely and keeping in contact over the coming days," a spokesman for Cameron said.

In Washington, a White House economic advisor castigated ratings agency Standard and Poor's for downgrading the United States' credit rating to AA-plus from AAA, a move that over time could ripple through markets by pushing up borrowing costs and making it more difficult to secure a lasting recovery.

Washington's Asian allies rallied round the battered superpower, with Japan and South Korea both saying their trust in U.S. Treasuries remained unshaken.

"I expressed our country's position on the (G20 conference) call that there will be no sudden change in our reserve management policy," South Korean Deputy Finance Minister Choi Jong-ku told Reuters by telephone, referring to Seoul's heavy ownership of U.S. bonds out of more than $300 billion in foreign reserves.

"There's no alternative that provides such stability and liquidity," added Choi, who declined to elaborate further on the G20 discussion.

There was no confirmation of the timing of a G7 call for finance ministers and central bankers, but a second Japanese government source said it "would be normal" for it to take place before Asian markets opened. Tokyo's stock market, the biggest in Asia, starts trading at 9 a.m. (0000 GMT) on Monday.

The most immediate concern for financial markets was the debt crisis in the euro zone, where yields on Italian and Spanish debt have soared to 14-year highs on political wrangling and doubts over the vigor of budget cuts.

Investors saw the ECB's failure to include Italy and Spain in a relaunch of its bond purchases late last week as a sign of the depth of political divisions over the role of the euro zone currency.

German officials want to see stiffer austerity programs in place before the ECB would shoulder more Italian and Spanish debt.

The danger is that further pressure on Italian and Spanish bonds could undermine an already damaged European banking system and lock Italy, the world's eighth largest economy, out of the market.

Indeed, doubts are growing in the German government that Italy could be rescued by the European emergency fund, even if the fund were tripled in size, according to the German news magazine Der Spiegel.

The financial needs of the country are so huge that it would overwhelm resources, according to government experts, Der Spiegel said in its online edition. Italy's public debt is about 1.8 trillion euros, or 120 percent of its national output.

Italy's Prime Minister Silvio Berlusconi, his government weakened by infighting, ruled out early elections to stem market panic. "This has never been an option," Berlusconi said.

Instead he has pledged to bring forward austerity measures and balance the budget by 2013, a year ahead of schedule -- steps the ECB will consider to gauge whether to buy its bonds.

Germany has consistently said troubled euro-zone governments should focus on spending cuts and internal reforms, not bailouts. The European Financial Stability Fund currently has 440 billion euros and was designed to help small to medium-sized countries, although the spreading of the debt crisis to Italy and Spain has led to calls for its expansion.

Defending its downgrade of the U.S. credit rating, S&P cited the acrimonious debate in Washington on raising the debt ceiling and near political paralysis over the best way to reduce the country's $14.3 trillion debt, which on the current trajectory could climb above 100 percent of national output this decade.

The U.S. Treasury said the rating agency's debt calculations were wrong by some $2 trillion.

S&P has confirmed it changed its economic assumptions after discussion with the Treasury Department but said that did not affect its decision to downgrade, a decision slammed by President Barack Obama's National Economic Council head Gene Sperling.

"It smacked of an institution starting with a conclusion and shaping any argument to fit," Sperling said in a statement.

Obama called on lawmakers once again on Saturday to set aside partisan politics and work together and to put the nation's fiscal house in order and stimulate the stagnant economy. [ID:nN1E77503Z]

S&P's one-notch downgrade of the U.S. sovereign credit, while not totally unexpected, adds another level of uncertainty.

Loss of gold-plated status for the world's benchmark interest rate risks pushing up borrowing costs on everything from car loans, mortgages and corporate debt to government bonds worldwide.

"However justified, S&P couldn't have picked a worse time to downgrade the U.S.," said Rabobank in a note to clients.

"During the sub-prime crisis safety was in U.S. dollars and U.S. Treasuries. Now that anchor to the global community is deteriorating," said Mobius, whose unit oversees $50 billion in emerging market assets, in an email to Reuters.

China, the largest foreign holder of U.S. debt, took the world's economic superpower to task for allowing its fiscal house to get into such disarray.

"The U.S. government has to come to terms with the painful fact that the good old days when it could just borrow its way out of messes of its own making are finally gone," China's official Xinhua news agency said in a commentary that scorned America for its "debt addiction."

On Sunday, a commentary in the People's Daily, the main newspaper of the ruling Communist Party, said Asian exporters, who depend on demand from the United States, could be among the biggest victims of the mounting U.S. economic woes.

"The lowering of the United States' long-term sovereign credit rating has sounded a warning bell for the international currency system dominated by the U.S. dollar," said economist Sun Lijian, writing in the paper.

China and Japan have called for coordinated action to avert a new worldwide financial crisis.