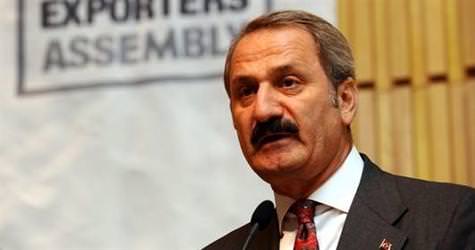 Minister of Economy Zafer Çağlayan is headed for the Libyan capital of Tripoli to participate in a series of meetings.

Zafer Çağlayan will be joined by a 250-strong committee, consisting of a number of Turkish businessmen and correspondents.
Minister Çağlayan will be meeting with National Transitional Council leader Mustafa Abdel Jalil and Economy Minister Abdullah Shamia as well as a number of other NTC officials.
During his stay, Çağlayan will also be participating in the Turkish-Libyan Business Council while he is also expected to meet with Abdelrahim al-Keib who was elected as Libya's Interim Prime Minister yesterday.
This day trip will also allow a number of Turkey's entrepreneurs the opportunity to meet with other fellow Libyan entrepreneurs.