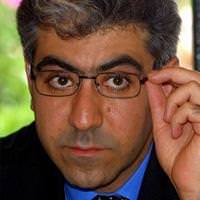 The International Monetary Fund replaced its European Director with a powerful, well-connected, insider on Wednesday in a sign the global lender is setting a more forceful course of action in dealing with the European crisis.

debt crisis that has dragged on for 18 months and threatens to throw a fragile global recovery into a downturn.

"He is seen as a very credible and powerful insider," said Eswar Prasad, a former IMF official and a senior fellow at Brookings Institution in Washington.

"It shows that the IMF intends to be much more assertive in playing a prominent role in Europe and Reza Moghadam is somebody who is seen as being able to move the Fund to that more aggressive position."

Borges, who was director of the IMF's European Department since November 2010, cited personal reasons in his decision to step down, effective immediately, the fund said.

Last month, Borges was forced to issue a hasty retraction after suggesting publicly that the global lender could buy Spanish or Italian bonds alongside the euro zone's bailout fund. He amended his remarks to say the IMF could only lend its funds to countries and could not intervene in bond markets directly.

Moghadam has been an influential behind-the-scenes policymaker in the Washington-based IMF, playing a key role in modernizing the Fund and adapting its lending tools to make them more relevant to rising emerging market powers.

He was instrumental in a report last year that looked at the IMF's handling of the 2008-2009 financial crisis and has been a key IMF figure in the Group of 20. He has also helped sharpen the IMF's focus on better monitoring economies.

"He is clearly somebody who has built a track record of putting the Fund in the center of various matters including the global monitoring reform," said Prasad. "Given that track record, he is seen as the right person to lead the IMF's new and more concerted charge into Europe."

Moghadam's appointment comes amid rising concern Europe is unable to handle its growing sovereign debt crisis and the IMF will have to step in to play a greater role in stabilizing the situation.

Thus far, the IMF has been part of a rescue "troika" in Europe -- along with the European Union and European Central Bank -- looking for ways to aid debt-strapped countries and find a means for bailing out Greece.

France and Germany clashed on Wednesday over whether the ECB should intervene more directly to halt the crisis as market turmoil spread across Europe. Yields on bonds issued by France, the Netherlands and Austria have climbed in recent days.

The IMF is currently preparing to send a monitoring team to Italy in a move to convince markets that the country's fiscal and structural reform measures are sound enough.

Meanwhile, the United States has urged Europe to build a substantial "firewall" to boost market confidence although there is growing concern that the euro zone's two-year crisis has now been overtaken by events and will need the IMF's help to instill market confidence.

One mechanism that has been discussed by analysts would be to have cash-rich emerging market countries like China contribute to the IMF's general revenues, thus creating the possibility for the IMF to steer some of the additional funds toward helping Europe and other countries that feel the after-effects of the European crisis.

The IMF said Moghadam would be replaced in his strategy, policy and review job by Siddharth Tiwari, who currently serves as the IMF's secretary whose duties include liaising with the IMF board of directors.