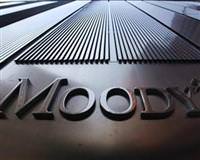 Moody's slashed Hungary's government bond rating to "junk" late on Thursday, citing high debt levels, weak growth prospects and uncertainty about its ability to meet fiscal goals, in what the government called part of "financial attacks" against the country.

Moody's cut Hungary's government bond rating by one notch to Ba1, below investment-grade, with a negative outlook hours after rival Standard & Poor's held fire on a flagged downgrade on news of Budapest's planned talks on getting international aid.

Hungary returned to the International Monetary Fund and the European Union last week after the forint currency fell to record lows against the euro in the wake of a warning by S&P that Hungary could lose its investment-grade credit score.

The forint fell 1 percent from its Thursday close in the domestic market to 315.80 versus the euro in early trade on Friday. It hit a record low at 317.90 versus the euro on Nov. 14 according to Reuters data.

Moody's cited rising uncertainty about Hungary's ability to meet fiscal goals, high debt levels and what it called increasingly constrained medium-term growth prospects as the main reasons behind the downgrade from Baa3.

"Moody's believes that the combined impact of these factors will adversely impact the government's financial strength and erode its shock-absorption capacity," it said in a statement.

"The rating agency's decision to maintain a negative outlook on Hungary's ratings is driven by the uncertainty surrounding the country's ability to withstand potential event risks emanating from the European sovereign debt crisis."

For a text of Moody's statement, see

The Economy Ministy said in a statement on Friday that the downgrade was professionally unfounded and considered it to be what it called "financial attacks against Hungary".

The government cited its commitment to keep the budget deficit below 3 percent of economic output next year, 1 percent of GDP worth of reserves in the 2012 budget and an expected decline in debt levels as arguments against the cut.

"Obviously, the forint's weakening is not justified by either the performance of the Hungarian economy, or the shape of the budget," the ministry said in a statement.

"Therefore, it can be driven only by a speculative attack against Hungary, which can be fuelled by exactly these kinds of professionally unfounded assessments by rating agencies."


EVEN WITH IMF/EU DEAL, HUNGARY VULNERABLE

Moody's said the request by Hungary, which was saved from collapse with a 20 billion euro IMF/EU loan in 2008, for renewed assistance illustrate the funding challenges facing the country, adding that a deal could alleviate immediate funding challenges.

Hungary will have to roll over 4.7 billion euros of external debt next year as it begins to repay parts of its 2008 loan to the IMF. Budapest has said it wants to use a new IMF/EU deal as a "safety net" against turmoil in the euro zone.

"However, Moody's believes that, even with such an arrangement, the government's debt structure will remain vulnerable to shocks in the medium term, which are inconsistent with a Baa3 rating," it said.

The weak forint pushed Hungary's government debt to 82 percent of economic output by the end of the third quarter, undoing the impact of a $14 billion pension asset grab by the government, which cut debt by several percentage points.

Moody's said it would further lower Hungary's rating if there is a significant decline in government financial strength due to a lack of progress on structural reforms and implementation of a medium-term plan.

It said the government's 2.5 percent of GDP budget deficit target for next year may be difficult to meet due to high funding costs and low economic growth.

Moody's said it would consider stabilising the outlook on the ratings if the country were to embark on a sustainable consolidation path, involving a more consistent implementation of the medium-term plan and its euro convergence programme.

The ratings cut came just hours after S&P deferred decision on a possible downgrade of Hungary to non-investment grade until the end of February pending talks with the IMF/EU about a new aid package.

Fitch, another rating agency which has Hungary in the lowest investment-grade category, said on Nov. 18 that an agreement on a new IMF programme would be a positive step and could reduce downward pressure on Hungary's sovereign rating.