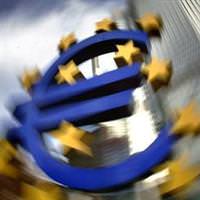 "While Moody's central scenario remains that the euro area will be preserved without further widespread defaults, even this 'positive' scenario carries very negative rating implications in the interim period," the agency said in a report.

Moody's also noted the political impetus to implement an effective resolution plan may only emerge after a series of shocks, which may lead to more countries losing access to market funding and requiring a support program.

"This would very likely cause those countries' ratings to be moved into speculative grade in view of the solvency tests that would likely be required and the burden-sharing that might be imposed if (as is likely) support were to be needed for a sustained period."

Economist Tim Condon, head of research for Asia at ING, said the Moody's statement was unlikely to surprise markets.

"It's basically common knowledge that everything in Europe is at risk," he said. "Quite a few people are contemplating a euro zone breakup scenario."

Financial markets have put Italy, Spain and now France under increasing pressure on skepticism of the ability of European leaders to resolve the debt crisis, that has already sparked financial bailouts for Greece, Portugal and Ireland.

Italian Prime Minister Mario Monti aims to shore up the country's strained public finances this week by unveiling measures that could include a revamped housing tax.

Contacts between the International Monetary Fund and Rome have intensified as concern has grown about a financial backstop for Italy, should the country need it.

Euro zone finance ministers are due on Tuesday to consider detailed operation rules for the area's bailout fund. Approvals will clear the way for the 440 billion euro ($583.83 billion)fund to attract cash aimed at boosting the fund's resources.

Moody's said the euro area is approaching a junction, leading to either closer integration or greater fragmentation.

The likelihood of even more negative scenarios has arisen in recent weeks, Moody's noted, reflecting political uncertainties in Greece and Italy and a worsening of the region's economic outlook, among other factors.

"The probability of multiple defaults by euro area countries is no longer negligible. In Moody's view, the longer the liquidity crisis continues, the more rapidly the probability of defaults will continue to rise," it said.

Such defaults would increase the chances that one or more members of the bloc would leave the euro area.

"Moody's believes that any multiple-exit scenario -- in other words, a fragmentation of the euro -- would have negative repercussions for the credit standing of all euro area and EU sovereigns."

In the absence of major policy initiatives in the near future that stabilize credit market conditions, or markets stabilizing for any other reason, "the point is likely to be reached where the overall architecture of Moody's ratings within the euro area, and possibly elsewhere, within the EU, will need to be revisited."