'El Turco the store is yours' 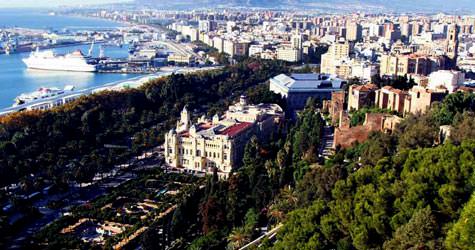 The economic crisis in Europe has changed the lifestyles of those in Spain, Portugal and Italy whom up until yesterday were living the 'dolce vita'. Stores are even opening up their doors during the siesta time when tourists arrive.

The effects of the economic crisis in Europe have not just hit Greece as a number of other nations such as Italy, Spain and Portugal who were living the 'dolce vita' have been forced to change their lifestyles.
SHUTTERS REOPENED
In Italy's Taormina, situated on the southern skirts of Mt. Edna to which Goethe once referred to as 'a piece of heaven', stores remain open throughout the hours of siesta.
When one sticks their head inside the shop, the clerk now says, 'please come in, how can I help you?' Six months ago storekeepers barely looked at customers and it was difficult to even get a question answered. In August, a friend wanted to buy something for his wife, however the clerk said the register was closed and told him to come back the next day. These days store clerks are even willing to open up the shutters after closing up, just to accommodate a customer
Buddha Bar opens two days a week
In Marbella, one of the must luxurious areas along the Spanish coast; the streets are empty, with the exception of a few Germans here and there. Boats have been abandoned. A tour guide explains that they used to have an eight- month season. However now, even the city's most famous Buddha Bar, which used to be open six days a week, for the past two months now only operates twice a week.

El Turco special for you, everything is ten euros!
On a stop to Portugal's capital Lisbon, sitting at a café in Rossio square, with a view of a line of the most luxurious brands' shops, such as Prada, Louis Vuitton, Armani and Porsche Design for the duration of an hour and a half, never mind customers making purchases, not even a single person was witnessed entering one of the stores. Later, on a visit to a gift shop, the store owner asked where we were from. When we said we were from Turkey the shopkeeper replied, "El Turco, the store is yours, a special for you, whatever you buy is ten euros."
Michelin star menu for 35 euros
After a visit to Sicily, a stop in Sardinia showed the situation was not much different. In Cagliari, considered to be the main center for Sardinia Island, peddlers of African heritage appeared to have taken over. Fake bags and jackets were for sale all over the place. Restaurant prices were extremely reasonable. Two pizzas and two cokes cost just eight euros. In Portugal it was the same. At night, there was no line at the Hard Rock Café, which was a first. At the Michelin star estaurante Eleven was another shock, the degustation dinner, usually priced between 100 to 150 euros was just 35 euros.
It's time to turn the crisis in Europe into an advantage
It may be the prime time for those who have never visited Europe and especially the Southern Mediterranean region. There is a significant price decrease when it comes to accommodation and meals. For example, the price for two people in a hotel in Portugal had dropped from 230 euros down to 69 euros, including breakfast. I would say that it is the time to turn the crisis in Europe into an advantage, not just for businessmen, but for travel lovers alike!