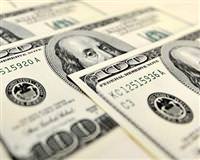 The Turkish lira firmed against the dollar after the central bank intervened directly in the forex market on Monday, a day after the bank sold around $3 billion in direct intervention and a forex-selling auction.

It hit a record low level of 1.9215 in late trade last Wednesday due to concerns about monetary policy measures and ended 2010 some 22 percent weaker on the year against the dollar.

The central bank also intervened directly in the forex market on Friday, selling nearly $2 billion, and sold another $750 million in an auction, boosting the lira as far as 1.8510 against the dollar.

The central bank said on Monday it will hold a one-week intraday repo auction instead of its regular one-week fixed-rate repo auction.

Central Bank Governor Erdem Başçı said last week the bank could hold intraday one-week repos within the framework of the bank's open market operations strategy on "exceptional days". He also said that the bank may sell foreign currency directly on such days without defining exceptional days.