Turks have entered the bathrooms of world stars 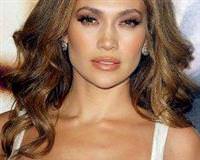 From Roberto Carlos to Jennifer Lopez, from Jean Claude Van Damme to Cindy Crawford, the famous are choosing Turkish marble.

Aegean Mining Exporters Union Chairman of the Executive Board Arslan Erdinç reveals that Jean Claude Van Damme, Roberto Carlos, Cindy Crawford, Jennifer Lopez and Gloria Estefan and now Lebanon's Myriam Fares the 'Arabian Shakira' are amongst the rich and famous that prefers Turkish marble and states, "'The fact that Turkish marble is being preferred by famous figures has increased a worldwide interest in our marble."

TURKISH MARBLE DISCOVERED BY THE WORLD

A written announcement made by the Aegean Mining Exporters Union states that famous figures from all over the world are showing an increased interest in Turkish marble.

In the announcement, Erdinç recalls how during a recent business trip to Dubai, he met with Myriam Fares, considered to be the "Arabian Shakira", who knew of Turkish marble's fame and she requested assistance for furnishing her villa in Beirut with Turkish beige marble. Erdinç explains that quite a few famous people choose Turkish marble for their homes and offices because of its both its appearance and health benefits.

Erdinç explains that there are a series of famous film, sports and music figures including Jean Claude Van Damme, Roberto Carlos, Cindy Crawford, Jennifer Lopez and Gloria Estefan, that have purchased Turkish marble. Joining the ranks is Myriam Fares, who has recently risen to fame in the Middle East, states Erdinç, ''The fact that Turkish marble is being preferred by famous figures has increased a worldwide interest in our marble. With Fares also selecting Turkish marble, exports to the Middle East in the Turkish natural stone sector will inevitable gain momentum.
Erdinç explains that in 2011, exports reached one billion, 675 million dollars in the natural stone sector and that in accordance to the 500 billion dollars export goal for 2023, which is also the 100th anniversary of the founding of the Republic, they aim to achieve seven billion dollars worth of exports alone. Erdinç also shared that they are currently engaged in intensive promotional efforts in order to acquire new markets in China and Middle Eastern and African nations.