Turkey’s economy need not be harmed in U.S. sanctions on Iran 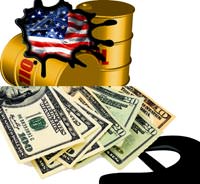 The United States has committed a serious double standard by allowing EU nations to benefit from the Iran market, while Turkey may be faced with financial sanctions. While ten EU countries and Japan have been held exempt from Iran’s sanctions, Turkey has been faced with a wall.

The United States has created a double standard to the detriment of Turkey when it comes to sanctions against Iran. Japan and ten EU nations have been exempted by the U.S. from financial sanctions for reducing their petrol purchases from Iran; however Turkey, China, India and South Korea were not included in the waiver. While this decision will allow Japanese and European banks to comfortably exchange funds with Iran for at least six months, Turkish banks may face being dismissed from the U.S. financial system for similar actions.

While the decision grants European and Japanese banks the monopoly to exchange funds with Iran, it also brings with it the danger of Turkish banks and Turkish exporters losing their market share directly or inadvertently to Iran. The U.S. decision may affect Turkey's trade with other nations should financial sanctions be issued against Turkish banks, due to the potential disruption in trade with other nations.

The United States' list of exempted states based on the reasoning that these nations have reduced oil purchases from Iran is somewhat questionable. The EU nations exempted by the U.S. from financial sanctions were already purchasing much less oil from Iran in comparison with Turkey. The majority of these nations' oil needs are much lower than Turkey and it is also easier for them to find alternative resources. England purchases 11,000 barrels per day, Germany purchases 17,000, Holland purchases 33,000 and France buys 49,000 barrels of oil per day.

Turkey on the other hand, buys up to 182,000 barrels per day from its bordering neighbors. Therefore, while European nations can easily refrain from purchasing Iranian oil, Turkey is now suffering an injustice for continuing to do so both need-based as well as due to previously reached agreements.

Amongst the countries granted exemptions from U.S. financial sanctions are Japan, Belgium, England, Czech Republic, France, Germany, Greece, Italy, Holland, Poland and Spain. The U.S. decision means that should these nations conduct business with Iran's Central Bank or any other 'blacklisted' Iranian financial establishments; they will not be subjected to sanctions.

There could be long-term effects

Turkish Exporters Assembly (TİM) Chairman Mehmet Büyükekşi points out that we need to consider the long term affects of the U.S. ruling, and states; "Even if there isn't a prohibition on exports to Iran, these sorts of incidents could prove to be problematic. Our exports to Iran have dropped by 35 percent. With this drop, the creation of a difference in official records between the free market and the official market in Iran could have great effects."

Minister of Energy and Natural Resources Taner Yıldız says that the fact that the U.S. has not exempted Turkey from sanctions on Iran does not mean that they will not hold Turkey exempt in the future. Explaining that deliberations are ongoing at a company level, Yıldız states, "Turkey buys nine million tons of petrol from Iran. This purchase is done through Tüpraş which we have privatized. Deliberations between the companies continue. Turkey's security of supply is an issue that supersedes most others. Without finalizing our current supply of crude oil, it is not right to make the assessment that it will either decrease (with Iranian oil) or increase in the future. We first and foremost must ensure we are securing this supply. Meanwhile, of course we are also holding negotiations with a variety of other nations such as Saudi Arabia and Libya in regards to importing oil."