China and Turkey have a shared destiny 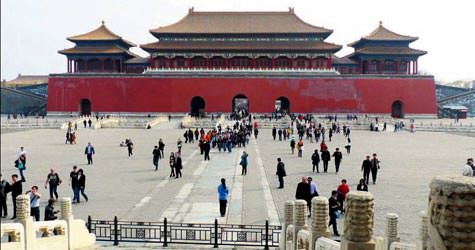 China enthusiastically awaits Prime Minister Erdoğan’s April 7th visit, in which he will be accompanied by a large committee intending to further build economic ties. Chinese authorities state, “in all of history there has never been such tight collaboration,” and express they look forward to even more.

We boarded the plane in Turkey in the middle of the night and took off destined for a completely different culture. You know how there are some countries that everyone is curious about and despite the thousands of kilometers' distance you still feel quite close to… well for me this was China. Upon my arrival, I was greeted at the airport by a staff member form China's Ministry of Foreign Affairs who told me her name was Belinda. In general, the Chinese tend to take on a western name due to the difficult pronunciation of Chinese names for foreigners. Our first stop was the Ministry of Trade. With the mega manpower derived from a population of 1.5 billion, China has one of the world's largest economies. The close relations formed with Turkey have reflected on trade figures. In 2001, trade volume was at 900 million dollars, in 2006 at ten billion dollars and by 2011, it soared to 18.7 billion dollars. According to February 2012 figures, trade volume had already reached 2.9 billion dollars. As soon as we were greeted by the Trade Ministry's Asia Department Director Liang Wentao, we were offered a traditional Chinese jasmine tea.

Director Wentao worked in Turkey between the years of 2001-2006 and as a result is quite fluent in Turkish and considers the nation 'his second native country'. During the meeting, Wentao underlined China's interest in supporting Turkey in the area of infrastructure and mentioned that the AK Party government has paid high significance to the development of railways and highways. "We contributed to the Ankara-Istanbul railway line. Meanwhile, in China we have developed a train that is able to go up to 458 kilometers an hour. We would like to bring this to Turkey," states Wentao. As for the issue of Istanbul's third bridge however, Wentao expressed concern, stating, "It is very simple to build a bridge, what is difficult is the rehabilitation and highway construction. This is what is making us think a little…" Wentao also expressed how important Prime Minister Erdoğan's arrival in China was and that they expect a number of trade agreements to be signed during his stay.

Coupled by the introduction of mutual cultural years, Turkey and China will also be embracing a number of other culture promoting events. Practically every single Chinese authority excitedly awaits the arrival of porcelain from Topkapı Palace to China. After China, Turkey has the second richest collection of porcelain china which is housed at the Topkapı Palace. According to a story told by one of the officials present, years ago one of China's richest and most famous collectors received special permission to see the porcelain kept in Topkapı. Supposedly, after seeing the collection, which had never been seen before, he spent hours crying.

When we arrived to the Ministry of Foreign Affairs, we were greeted by the Director of West Asia and North African Affairs Lv Jian and jasmine tea. The point Jian emphasized was that Turkey was the first country China has established a strategic collaboration with in West Asia and North Africa. Jian states, "China has never formed a relation as such in its history in the region," adding "Turkey and China needs to have a stronger voice in the IMF and the World Bank. We could be more effective if we act together in these areas."

Even though Turkey may be thousands of kilometers away from China, the two nations have extremely close cultural, traditional and historical ties. These ties have especially grown in recent years, which has resulted in an increase in economic investments between Turkey and China. Turkey announced 2012 as Chinese Culture Year and in return China has announced that 2013 will be Turkish Culture Year.
With the increase of ties following China's Vice-President Xi Jinping's visit, relations will only get tighter following Prime Minister Erdoğan's April 7th trip to China. Erdoğan, who will be accompanied by a crowded committee, will be visiting Beijing as well as Urumqi, the capital of the autonomous Xinjiang area, which is populated by Turkish Muslims. SABAH Newspaper was invited by China's Ministry of Foreign Affairs prior to the important upcoming visit, in order to see how ties could be strengthened.

SYRIA IS A SHARP KNIFE

China and Turkey not only harbors similarities when it comes to trade and culture, but they also have significant similarities when it comes to foreign policy. However, in recent months there has been a diversion when it comes to Syria. While Turkey is openly calling in the Syrian leader to withdraw, China has remained in the background on the issue. Dong Manyuan, a professor from the Ministry of Foreign Affairs' International Relations Institute, devoted his entire talk to Syria. The institute, which is extremely prestigious, was also a stop made by Foreign Affairs Minister Ahmet Davutoğlu during his visit to China in 2010. Prof. Manyuan explained the reason behind China's absence at last week's Friends of Syria Group meeting held in Istanbul by stating, "None of the Syrians that were there last week had actually lived in Syria", states Prof. Manyuan, who went on to state, "Only the public can decide their nation's future. No one has any right to tell a leader to withdraw." We decided to finish up our jasmine tea and leave this debate to both nations' politicians and headed for the Forbidden City.