Investments pour in for entertainment 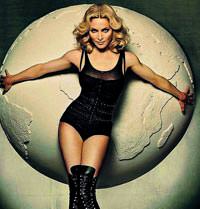 Turkey, a rising star in terms of global growth, is now becoming a regular stop for international stars such as Madonna and Zaz. Foreign investors are now racing to invest in Turkey’s four billion dollar entertainment sector.

With international record growth and per capita annual income rising to over 10,000 dollars, Turkey is now drawing in international investors who are testing the waters in the entertainment sector.
With the increasing prosperity in the economy, international stars that used to pass on including Turkey in their international tours are now lining up to schedule concerts. This year a number of famous performers such as Madonna, Zaz, Pitbull and Leonard Cohen will be playing for their fans in Turkey. The country, which was not a favorite destination in the past, now has nearly 100 shows listed every day. With 36,000 events organized annually, Turkey's entertainment market is expected to rake in over four billion dollars this year.

A CENTER OF ATTRACTION

Paralleled with the increase in revenue obtained by the entertainment sector, internationally acclaimed event operators are now scheduling in Turkey for their tours. Kasapoğlu explains that foreigners are now aware of Turkey's potential and are showing increased interest in Turkey. "Turkey has become a center of attraction in the entertainment sector," says Kasapoğlu who explains that there has been an increase in the number of foreign events held in Turkey which brings with it a serious tourism potential. "Tourists come from neighboring countries in order to watch foreign music groups perform. Tourists came from Russia to see Tarkan for example. But also foreignners flock to Turkey to see performances by U2, Bon Jovi and Madonna. They also come to Turkey from Arab nations," says Kasapoğlu.

Who will be playing in Turkey?