Turkey to become a center of luxury 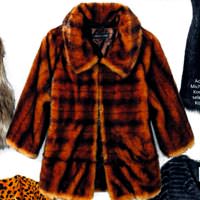 According to Turkish Exporters Agency Chairman Mehmet Büyükekşi, Turkey’s fur and jewelry sectors could turn the country into a central destination for luxurious shopping. Büyükekşi emphasizes that demand is now being redirected from Europe and Greece to Turkey.

Turkish Exporters Assembly (TİM) Chairman Mehmet Büyükekşi says that contributing further to production and exports could allow Turkey to become a central destination for luxurious shopping. While in the past, Turkey's exports mainly consisted of agricultural products, textiles and ready to wear clothing, now Turkey is exporting goods from all sectors all over the world, says Büyükekşi, "Valuable furs are coming back into fashion. Demand is on the rise in countries such as Russia and China, where the new middle class and high class are expanding. In 2011, 15.2 billion dollars were spent on valuable fur. Turkey's valuable fur sector has a very significant exporting potential." Büyükekşi also explains that the redirection of the production of valuable furs from Europe and Greece, and especially for Russian customers, means that they are now face to face with the great possibility of becoming an exporting center.

Commenting that Turkey has now become a center of attraction for economy, finance, culture and tourism, Büyükekşi states, "With the current dynamics, it's now time for branding." Büyükekşi went on to request that the private consumption tax on fur hide production and imports as well as on diamonds and jewels be lifted. Büyükekşi explains that due to the current difficulties experienced in the Kastoria region, Turkey will be replacing their production capacity and exports market. If there is a decrease in the private consumption tax then according to Büyükekşi, this sector will bring in at least two billion dollars in additional revenue in the long term.