S&P is out and a Turkish rating institution in 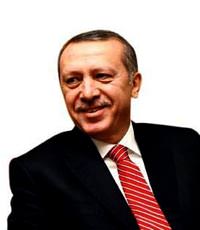 Prime Minister Erdoğan has drawn the line against S&P which unjustifiably dropped Turkey’s rating, by stating “If necessary, we will one-sidedly cancel our contract with the institution. The Prime Minister also delivered the good news of Turkey’s plans to establish its own rating institution.


Stating that for Turkey to take this step would be a great advantage, Erdoğan said the following: "Not only would it become the leading institution for applications by our own establishments, but it would also be able to compete in the international markets."

Erdoğan also mentioned the S&P decision to downgrade Turkey's credit rating from positive to stable, by stating, "I consider it to be a political approach. It would be impossible to think that credit rating institutions are not at all politically influenced. S&P's announcement had absolutely no affect on our market. However, our remarks against the institution have rattled its reputation throughout the world. We sign a contract with S&P every year. If necessary we may reconsider and instead cancel the agreement one-sidedly. There is nothing stopping us."

ON THE AGENDA AT THE G20

Stating that credit rating institutions are now losing their reputations, Erdoğan expressed that they will be bringing the issue of credit rating institutions up for debate at this year's G20 meeting.
When S&P downgraded Turkey's rating at the start of May, Erdoğan snapped back harshly, calling the decision ideologically based and exclaiming that he no longer acknowledges the credit rating institution. IMF Chief Christine Lagarde had also recommended that S&P backtrack from their error and apologize.
According to Erdoğan, Turkey's most esteemed aspect for investors is the fact that it does not consist of virtual budgets. "Our budgets, in terms of trustworthiness, have been very well reflected throughout the world. "Whereas there have been many that have followed these rating institutions only to sink later."