Turkish tourism in an Arab Spring 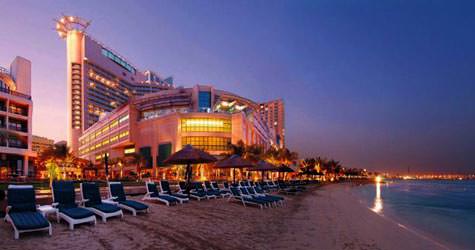 The recent increase in Arab tourists in Turkey has brought along with it a peak of interest by tourism operators from the region. Some of the largest chain hotel operators spanning from Saudi Arabia to Dubai are now out on the hunt for locations in Turkey.

Turkey's increasing influence over the Middle East of late has also resulted in positively affecting the tourism sector. The popularity of Turkish television shows on Arab television has made destinations such as Istanbul, Bursa, Sakarya, Konya and other Anatolian cities a must-see for Arab tourists. It is this increase in numbers of tourists from the Middle East that has brought along with it a peaked interest by tourism investors.

Since the start of the New Year, a number of the region's biggest tourism companies from Qatar, UAE and Saudi Arabia have set their sights on Turkey. The first announcement of interest to invest came at the start of 2012 by Dubai Emir Al Maktoum's company Jumeirah. SABAH was the first to release the news that Jumeirah would be embarking on a joint project with Demet Sabancı Çetindoğan in taking over the operations of Turkey's oldest hotel the Pera Palace.

THE GOAL IS ANATOLIA

The second piece of investment news from the region came from the Arab Tourism Organization Chairman Bandar Bin Fahad Al-Fehaid. A member of the Saudi royal family, Al-Fehaid along with his Turkish partner Mehmet Yücel founded the My Tuana-Tuz&SPA Center, a five-star spa, wellness and treatment center situated in Çerkezköy. With a 300 million dollar investment to set up the My Tuana concept, Al-Fehaid has since announced plans to open new hotels in Bursa, Çerkezköy, Afyon and Tarsus. Al-Fehaid has also shared his intentions to open 50 hotels within the next five years.

VICEROY Hotels Group has announced they will be opening a five-star hotel, spread out on 16 hectares of land and consisting of ten buildings with a Bosphorus view by the end of 2013. Viceroy is also planning to open a five-star hotel in Bodrum.

Gulf banks, which have also been hunting down investments in Turkey, are now sending customers to the country on vacations. CEO Graham Honeybill of the UAE-based Ras Al Khaimah Bank recently announced that in an effort to promote credit card use they are collaborating with tourism firm Makemytrip to offer bank customers and their families the opportunity to participate in a drawing for a five-day vacation to Turkey.