Arabs flock to ‘Ramadan in Istanbul’ 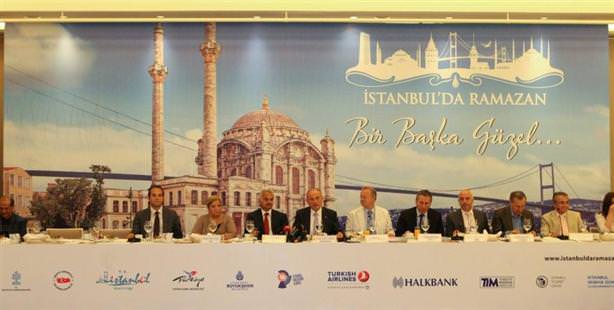 With the July 20th start of the ‘Ramadan in Istanbul’ project, the metropolis has become in high demand by Middle Eastern tourists. Turkish Airlines reservations during the month of Ramadan have increased by 30 percent.

After the successful Istanbul Shopping Fest, Istanbul will soon be hosting another festival in the city. The Ramadan in Istanbul project kicks off on July 20th and will run for 30 days in an effort to draw in further tourist numbers from the Middle East. The project has already begun to reap results as evidenced from the 30 percent increase in Turkish Airlines' (THY) Ramadan reservations.

THY General Manager Temel Kotil says that their efforts to draw in customers by offering up to 40 percent discounts and spending 1.5 million dollars on publicity has reaped in better results than expected with the increase in reservations.

Cumhur Elmas General Manager of Publicity for the Ministry of Culture and Tourism has announced they spent 500,000 dollars on publicity. Touristic Hoteliers Union Chairman Timur Bayındır says they are expecting to see a ten percent increase in filling hotel capacity and a 15 percent increase in the number of Middle Eastern tourists, which was 100,000 last year.

Istanbul Mayor Kadir Topbaş has also announced that throughout the duration of the month all venders who open up stands will not have to pay for electricity, security or rental space. Shopping centers will remain open until midnight and throughout the city there will be symphony orchestra concerts and jazz performance geared towards Muslim tourists.

Throughout the month of Ramadan a variety of entertainment events will be hosted by some of the city's most popular tourist spots such as Sultanahmet, Feshane and Beyazıt. The Caddebostan shore will also be hosting a performance by the Istanbul Symphony Orchestra.