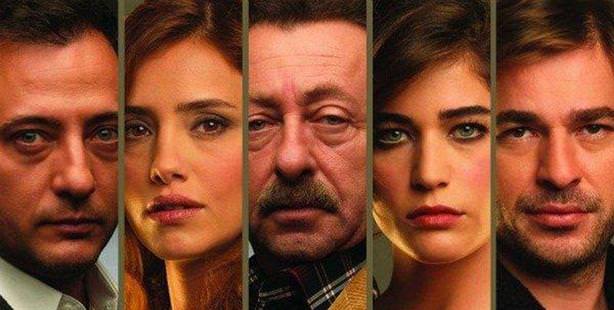 Turkish television series have found increasing popularity in a variety of nations spanning from Croatia to Azerbaijan, the UAE to Kosovo and even in some of Asia's most distant nations such as Singapore and Vietnam.

The popularity of Turkish television series in the Middle East has also resulted in a significant increase in exports. Turkey, which every year sells 100 television shows to 20 different countries, is aiming to increase the 60 million dollars in exports to 100 million. With their increasing influence in the Arab world, the popularity of Turkish television shows is now beginning to reap results in the economy. Figures from the past 18 months, which include the Arab Spring, are showing that these shows are also making a mark on the advertising market.

THE END IN EUROPE FOR A FIRST

In 2010, there were 81 television shows broadcasted in the region. In 2011, this figure went up to 160. Turkish television series constitute a significant number of the shows running. Lebanese K&Partners TV Services CEO Nabil Kazan says that these Turkish shows played a significant role in the 35 percent increase in the advertising market this period, which reached 14.3 billion dollars.

The recent popularity of Turkish shows in countries such as Russia and Ukraine has now made its way to Western Europe nations. Sweden will soon be broadcasting a Turkish television for the first time ever. Sweden's state-run Sveriges Television (STV) has signed on to broadcast the ATV show "The End" (Son), marking the first time a Turkish television series will run in Western Europe.

THE END TO SHOW IN SWEDEN

Sweden's STV, which broadcasts from 16 different channels, holds a 36.3 percent share of ratings. STV, which is also set to host Eurovision 2013, will be releasing "The End" for Swedish viewers in January. Expressing how exciting he finds the show, STV Director Göran Danesten says, "This show is wonderful and will truly leave a unique impression."