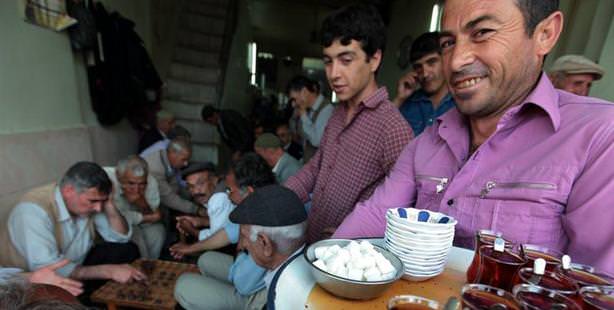 Unable to recover from the economic crisis, the “sick man” Europe has let four million people go jobless over the past four years. During that same time frame, Turkey employed six million. While the EU lost enough workers to account for Ireland, Turkey has employed the equivalent of an Ireland and a half.

When it comes to unemployment figures, starting from 2008 and the start of the economic crisis, Turkey has consistently left Europe in its wake as the nation created a total of six million jobs over the past four years. Suffering from the worst economic crisis in its history, four million people have lost their jobs in the Euro Zone. That is enough jobs to equate for Ireland. However, Turkey has employed that same amount and a half more, basically meaning they have provided jobs for an entire Ireland and a half.

While the unemployment rate in Europe saw a historic high at 11.3 percent, during the same timeframe, Turkey's unemployment rate shrank to 8.4 percent. In 2008, Turkey had 19 million people employed. In July 2012 that figure had risen to 25 million.

While the number of unemployed in Europe has risen to 18 million, the rate saw a 2.5 percent increase over the past four years. In Turkey however, that was not the case as the national unemployment figure dropped from 11.6 percent to 8.4 percent, which means a regression of 3.2 percent over the same four years.

According to studies from the Europe Central Bank, the number of unemployed amongst the youth is practically double than the remainder of the Euro Zone. The objective of decreasing the budget deficit and social spending has made retirement conditions stricter which has resulted in weakening the chances of the youth population finding jobs to begin with. In Greece and Spain, the unemployment rate amongst those 15 to 24 is over 40 percent. In Greece, the unemployment rate is at 25.1 percent, in Spain unemployment is at 24.6, in Italy 10.7 and in France 10.2. In Turkey last July, the unemployment rate went from 9.1 percent all the way down to 8.4 percent. In such a year, Turkey was able to provide 545,000 new job opportunities and has dropped its number of unemployed down by 186,000 people.