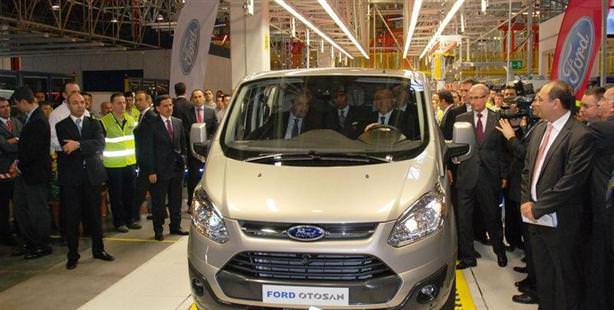 After a series of announcements of plans by Ford to shut down European factories, Turkey seems to be reaping the benefit. Ford Motor Company will soon be moving their English Transit production over to Turkey.

U.S. Ford is being forced to reassess European investments in light of the economic crisis and is gearing towards increasing their presence in Turkey. After announcing plans to shut down their car plant in Genk, Belgium on Wednesday, followed by an announcement on Thursday to scrap its Southampton van factory and an associated stamping facility in Dagenham in mid-2013, Ford has delivered good news to Turkey. Ford Europe has decided to move all British Transit production to their Ford-Otosan facilities in Kocaeli-Gölcük.

The move comes a day after Ford announced it would close a major car plant in Genk, Belgium, in late 2014. In all, Ford cut 6,200 jobs and reduced European production capacity by 18 percent to save $450 million to $500 million a year.

Instead, Ford will be focusing on engine production and development in their remaining facilities in England. With the closing of Ford's Southampton factory, which has been in operation since 1972, over 500 employees will be left jobless. With the shutting down of the Dagenham facility 1,500 jobs will be lost. Southampton, where the Transit was manufactured, would produce 28,000 vehicles a year, whereas the Gölcük factory produces 80,000.

On Wednesday, Ford announced plans to shut down the Genk, Belgium factory which employs 4,300. The announcement also stated that the production of the Mondeo, S-Max and Galaxy models will now be done out of Spain. With the new European restructuring, Ford is hoping to save $450 million to $500 million a year.

Ford Europe Assistant Director of Manufacturing Jeff Wood had stated in July that since 2001, the Ford Otosan Factory has become the 'Home of the Transit'. Wood had commended the design and engineer of the vehicles coming out of the Kocaeli Factory."