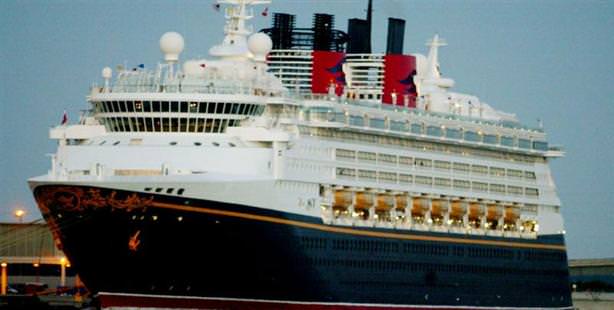 The United State’s famous children’s cruise ship, Disney Cruise will soon be stopping in Turkey’s Kuşadası for its European tour.

Five thousand kids will be holding pseudo excavations in Ephesus and will go on treasure hunts at the house of the Virgin Mary. The cruise ship, which will make two stops in Turkey a year, is expected to leave a million dollars in its wake.

The United States' famous entertainment giant Walt Disney has now added Turkey as a destination to their cruise ship, referred to as a 'swimming Disneyland'. Disney Cruise will be anchoring in the Aegean on its first European tour. Three-hundred ports were researched in Disney's European portfolio in order to establish a new route to add to their previous Atlantic Ocean and Caribbean destinations. Honing in on eight ports for the ship's route, Kuşadası has been added to the ranks of Italian, French and Greek towns. The cruise, geared towards families with children, offers a variety of activities in addition to special Walt Disney shows. As of 2013, two stops a year to Kuşadası will be included in the creative program.

According to the firm which had a hand in persuading Disney to stop in Turkey, Tura Tourism Executive Board Member Leyla Öner states, "We have offered services to a number of cruise tours that had children onboard, however this will be the first time that we will be organizing a tour especially geared towards children. We will be offering tours and specially designed programs in a number of locations including Ephesus and the House of the Virgin Mary.

The children will be treated to a specially set-up excavation-like activity in Ephesus. In Selçuk, children will have the opportunity to go on a treasure hunt in the St John Church. Other stops and activities in Turkey will include Milet, Didim, Şirince, Tire and the İsa Bey Mosque.

Öner says that the cruise ship will spend on average at least 500,000 TL a day in Turkey. Next year will be the first time the cruise ship will embark upon Europe. In 2013, the cruise will make two stops in Kuşadası Port; however they aim to bring that number up to six after 2014. Each ship has a 2,500 person capacity.

This is a translation of an article originally written by Dilek Taş.