Turkey will not be adding extra taxes for the rich 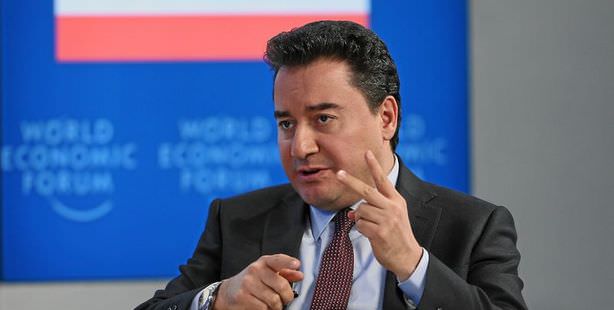 Deputy Prime Minister Ali Babacan recently stated that sensitivity needs to be paid to the manner of articulation when it comes to the issue of adding extra taxes for those who are wealthier. “They are our citizens as well,” states Babacan.

Deputy Prime Minister Ali Babacan recently stated that when referring to the matter of subjecting the rich to extra taxes, careful attention needs to be paid to the manner in which the issue is articulated. "We do not want to embark upon any sort of statements inferring animosity with the wealthy. They are also our citizens," said Babacan.

Babacan reaffirmed that the government will not be levying additional taxes for those more prosperous citizens and will instead be focusing on collecting from those who are rich yet evade paying taxes." Emphasizing that they are in no way targeting the lower income group and those who regularly pay taxes, Babacan stated, "Our intention is to ensure that taxes are paid in the manner dictated by law. Those who especially earn in abundance should be paying taxes."

TAXES SUBJECT TO DECLARATION ARE ONE PERCENT

Pointing out that the share of taxes on income within the 404 billion budget subject to declaration is one percent, Babacan went on to state, "This includes businessmen, doctors, engineers and attorneys. All high income segments declare their own taxes, which is actually what constitutes the problematic area. However, we need to be extremely careful in how we articulate in this situation, because we absolutely should not make any statements that would infer animosity towards the rich," stated Babacan.

INCENTIVES FOR THOSE WHO ADD TO THE POPULATION

Deputy Prime Minister Ali Babacan also stated that in an effort to return the rate of population growth in Turkey to the nation's previous levels, Prime Minister Recep Tayyip Erdoğan has given orders to all related ministries to collaborate on the issue. Finance Minister Mehmet Şimşek has also said that they are working on providing incentives for population growth.