Interest in Turkey on the rise amongst U.S. investors 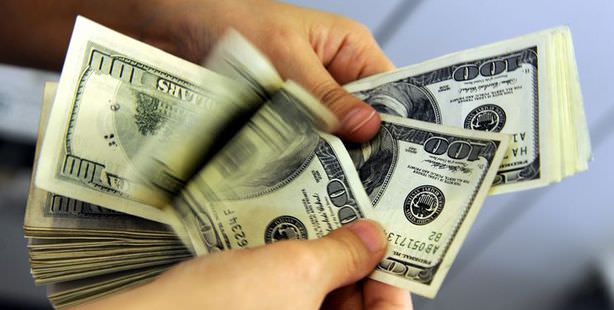 Investment Support and Promotion Agency of Turkey President Aycı has begun closely monitoring U.S. firms. According to Aycı, there is a rising interest in Turkey by businessmen who have either been unfamiliar with the country up until now or those that are just newly rediscovering it.

An interview by Serdar Karagöz

Investment Support and Promotion Agency of Turkey (ISPAT) President İlker Aycı has gone to New York in order to call on Americans to invest in Turkey. But in fact, Aycı actually travels all over the world to meet with investors.

Aycı and I chose to meet on New York's Fifth Avenue, one of the most symbolic locations representing capitalism. I found myself faced with a dynamic bureaucrat who pays little heed to the scant ratings issued by international credit rating institutions and who trusts in Turkey's potential. It would perhaps be more accurate to describe Aycı as "a new generation bureaucrat".

Accompanying Aycı was Ahmet Burak Dağlıoğlu, one of the agency's most talented and young New York-based specialists. Dağlıoğlu is one of those who graduated from Boğaziçi University with honors and has since joined ISPAT President Aycı on his hunt down for investors. In addition to his professionalism, Dağlıoğlu also stands out for his confidence, strategic communication talents and his power of persuasion.

Aycı and his team's main objective is to convince those who have money and those who direct money to invest. I had the opportunity to speak to Aycı about Turkey's performance in drawing in investment and the interest in Turkey exhibited by American investors.

Let's begin with Turkey's performance in drawing in investments. Where are we exactly?

Due to the increased risks in the investment market, in 2012 'direct investments' worldwide dropped by 20 percent. As Turkey we experienced a period we refer to as a 'soft landing year' and managed to close 2012 with 12.5 billion dollars. Investors are still apprehensive in 2013. The increasing risks in Europe and what has transpired in Greek Cyprus frightens investors. Turkey has entered 2013 hopeful with Fitch's 'investment grade' rating."

Our credit rating is on the rise; however it is still not at the level desired. Do U.S. investors place high importance on this?

In 2012, the total global investments made by Americans were 328 billion dollars. The share that befell on Turkey was only symbolic. Why do you think this is?

"We are only newly entering the Americans' agenda. Some are only just discovering Turkey now and others are newly rediscovering the nation. Investors are also sensitive when it comes to regional crises. The crisis in Europe and the instability in the East make investors more cautious. However, with the stability in Turkey following 2002 this situation is now changing."

Are Americans beginning to favor investing in Turkey? What sort of change is happening?

"The 'resolution process', which will put an end to both Turkey's instability and terrorism is drawing the attention of Americans. We are able to witness this interest with every investor we talk with. With its pension funds, private and state funds, Turkey is now entering into the radar of industrialists. We are developing close relations with investors in energy, chemicals, health, agricultural technology and the automotives sub-sector. Furthermore, America also has global weight in the banking, financing and insurance sectors. They are interested in Istanbul becoming an international financial center. Americans are now preparing to take on an influential position in financing here."

Are there any tangible acquisitions?

"Our efforts have begun to reap results. American chemical giants Dow has decided to invest in Aksa for the production of carbon fiber. This means a one billion dollar investment over five years and 5,000 jobs. An innovation firm 3M has invested 500 million dollars in Çorlu. The products that will be manufactured there will be sold globally. We will be returning to the Unites States in the next few days for an international biotechnology meeting. There are a number of American firms in this sector that have an intense interest in Turkey. In 2013, we will be able to more clearly see the tangible steps taken by Americans in terms of investing in Turkey."