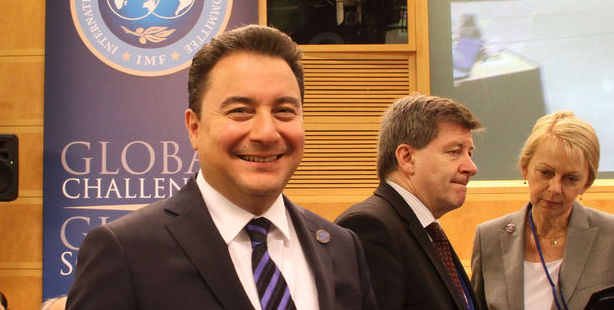 Deputy Prime Minister Babacan dished out criticism to the governments who abandoned applying the crisis measures established at the G20 meeting.

Deputy Prime Minister Ali Babacan stated "We are not used to the type of economic management (seen in other nations) such as stating, 'the conditions have changed so I am retracting my vows.' As a government, for the past ten years, we have not managed Turkey's economy in this manner. It is maybe due to this that we have become distinct. Thank goodness Turkey now garners admiration and is presented as an example for other nations. It is due to this that thank goodness the environment in Turkey and its results are different."

'MEASURES ARE ESSENTIAL FOR SECURITY'

Remarking that growth established by making the state spend more through central banks printing money or the budget deficit will only be short-term, Babacan stated the following: "The promises made previously in the Euro Zone absolutely need to be fulfilled otherwise if you say, 'the conditions have changed so I therefore I am not going to do this and will be doing something else instead' then any promise you make will have no meaning. If we want to establish security then we absolutely have to establish concrete targets as well as a currency peg."