Turkey is a base in biotechnology 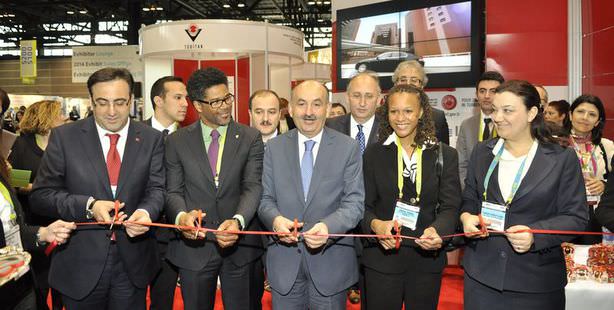 The Davos of the global pharmaceutical market convened in Chicago for the Bio Convention 2013 held from April 22-25.

Speaking to reporters at the Bio Convention, which brought together 16,000 firms from 65 different nations, Health Minister Müezzinoğlu stated that a U.S. firm has announced plans to invest in Turkey.
The 20th International Biotechnology Congress and Fair kicked off in Chicago on Monday. Known as the biggest pharmaceutical fair in the world, Bio Convention 2013 has brought together over 16,000 firms from 65 different nations. Participating for the second time in the fair, Turkey was represented by 14 firms and five public institutions and two civil society organizations.

TREATMENT FOR HALF THE PRICE OF THE EU

Mentioning that treatment in Turkey is half the price of its equivalent in Europe, Müezzinoğlu emphasized that Turkey's potential in the health tourism is high. Also commenting on the support offered to pharmaceutical firms that invest in Turkey, Müezzinoğlu stated, "We want an accumulation of science and technology to come here permanently. We have the right to offer a guarantee of purchase to these firms for up to seven years. Therefore, we are aiming to make production and permanence appealing."

Minister Müezzinoğlu also points out that biotechnology has been included as one of the strategic areas of investment dictated by the Health Strategy Document. "Turkey will be a strategic location for investments and should be evaluated as a powerful, regional and stable actor that is able to address a population of nearly a billion in the nation's neighboring geography. In a three-hour distance Turkey can respond to the needs of a mass of 500 million, in an approximately five-hour distance it can address one billion people."

THE DAVOS OF BIOTECHNOLOGY