ICANN selects Istanbul for new base 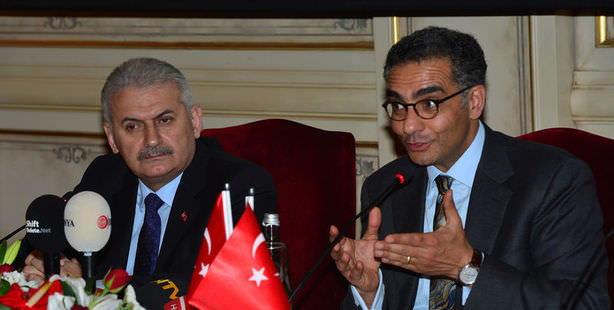 After Los Angeles and Singapore, Istanbul has become the globe’s third virtual world. The ICANN coordination center has selected Istanbul for their next destination, which means the sun will never set in the virtual world.

Istanbul has become one of the three poles of the virtual world. The Internet Corporation for Assigned Names and Numbers (ICANN) has decided to embark on an investment that will make Istanbul a center for the virtual world. After Singapore and Los Angeles, Turkey will become the third Internet Management Center for ICANN. Istanbul will now be the servicing center for Europe, the Black Sea Caspian Region, the Middle East and Africa. Internet traffic will first be administered via Los Angeles, until working hours are over, then Istanbul and later from Singapore. According to Minister of Transportation, Maritime Affairs and Communications Binali Yıldırım, "This investment shows that Turkey's internet infrastructure, manpower and internet is not the product of America."

ISTANBUL IS AN IMPORTANT CENTER

ICANN President and CEO Fadi Chehade explains that there are a lot of influential roles behind the selection of Istanbul and says, "Turkey has a great influence over the development and expansion of the internet."

THIS WILL TRIGGER OTHER INVESTMENTS

This mega internet management center planned for Istanbul is also expected to trigger data and call center investments. Transportation Minister Binali Yıldırım says, "With ICANN's investment, Turkey will now be on the radar of the world's leading technology and internet firms."

AND THE DOOR OPENS TO JOBS FOR THE YOUTH

The fact that the management center will be set up in Turkey means that a whole new area of employment for the young, dynamic and educated work force. This investment will also have significance from an internet strategies and cyber security standpoint. The investment is deemed by internet management authorities as being an indicator of the reliability of Turkey.

EUROPE TO KNOCK ON TURKEY'S DOOR

Istanbul will now be the contact center for establishing internet policies for the Europe, Middle East and Africa regions. For example, when the European Union wants to solve an issue regarding the operations of the internet or wants to acquire a new application they will now be applying to Turkey.

All of the systems in place in Los Angeles will now also be implemented in Istanbul. As domestic specialists become trained, the center will be managed by Turks. The support, security and coordination of internet traffic will now be distributed equally to these three centers.