Female employment soars in Turkey over the past four years 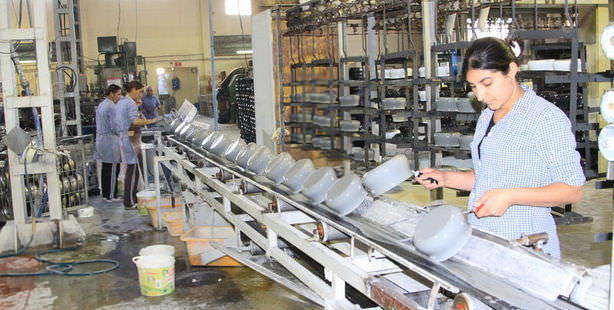 Over the past four years, an additional 1.5 million jobs have been created for women in non-agricultural sectors in urban areas, which is a 44 percent rise since 2009. The Economic Policy Research Foundation of Turkey (TEPAV) released their Employment Monitoring Bulletin on Sunday, which revealed that as of the first half of 2013, the total number of women employed in non-agricultural sectors reached 4.9 million, compared to the 3.4 million women who were employed in 2009.

The report attributed the rise to be partially influenced by social security incentives for employers of female workers, including a measure to exempt social security premiums from places of employment where women earn a minimum wage. The report also noted that there was a significant increase in female employment in the service industry.

Female employment did not decrease during the 2009 drop in gross domestic product (GDP) figures, however employment for women increased dramatically during 2010 and 2011, when the GDP grew by nine percent, the report points out. TEPAV added that while the economy recorded a modest 2.2 percent growth in 2012, the rise in female employment continued and by the half-year point in 2013, had reached 4.9 million, a 44 percent rise over the 3.4 million figure in 2009. The share of women in the non-agricultural workplace has increased from 20 percent to 25 percent, stated the report.

According to the report, only 25 percent of non-agricultural female employees are employed in the manufacturing sector, with the majority of jobs being in the food and textile industries.

The report also pointed out that 1.5 million women are unregistered workers, which accounts for nearly 30 percent of Turkey's total female employment figures. Despite this fact, figures show that the share of female employees in the workplace has risen from 20 percent to 25 percent in four years," stated the TEPAV report.