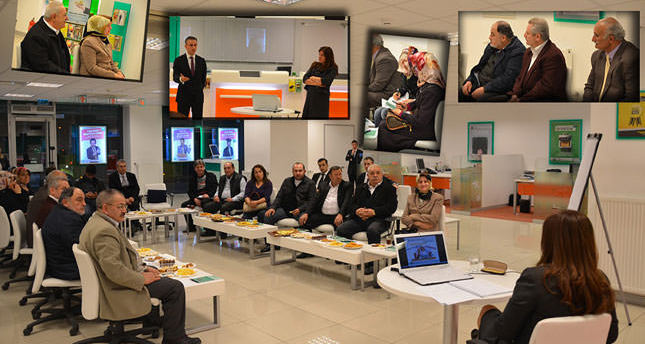 by Daily Sabah Nov 01, 2014 12:00 am
According to an index prepared by Türk Ekonomi Bankası (TEB) and Boğaziçi University, males are more financially literate than females with awareness of savings the highest among individuals between the ages of 25 and 44. TEB examined financial literacy and awareness at the Financial Literacy and Access Summit organized with the Financial Literacy and Access Association for World Savings Day. Accordingly, the financial literacy index of males is 61.8 percent whereas the index of women is 56.9 percent. According to the results of the index, people who reside in metropolitan areas, those who have a higher level of education, income and socio-economic status as well as workplace owners, managers and qualified experts were indicated as being more likely to be financially literate.

The importance of savings is also dependent on culture and geography. For instance, the savings average in China is around 50 percent and 38 percent in India. The EU's average is around 25 percent and developing countries' average is 33. Turkey is behind all averages with an average of 13 percent. Various developed countries have understood the importance of savings and have started taking necessary precautions. Yet, this concept, which was developed around 15 years ago, has not been included in the education curricula in many developed nations, such as the U.S. The concept of financial literacy was included in the curriculum in the U.K. in 2013, and financial literacy should also be included in the Turkish national education curricula in order to increase savings, which is a fundamental necessity for ensuring sustainable growth.