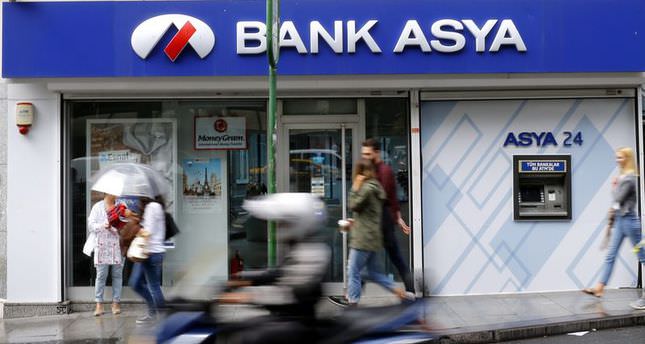 by Erhan Öztürk Nov 05, 2014 12:00 am
Bank Asya, which is closely linked with the Gülen Movement and has been struggling financially for a while, is on the brink of collapse. After a withdrawal of TL 5.8 billion ($2.61 billion) between September 2013 and June 2014, the bank has been forced to close down 80 branches, 30 of which are in Istanbul out of its total 280 branches, resulting in the dismissal of 1,500 employees. It also decreased the credit card limits of individual clients by threequarters without informing them.

Bank Asya has now started applying tight measures to prevent any bank runs or transfers, largely promoted after the Banking Regulation and Supervision Agency (BDDK) had included the bank under Article 70 of the Banking Code due to the bank's deterioration in its financial structure and liquidity deficit. The BDDK started supervising the financial structure of the bank in September and all critical transactions were carried out according to the Chairmanship of the Application Office.

The bank is now under online supervision by the BDDK and reports have revealed striking facts. According to the auditors, millions of Turkish lira in dubious loans has been hidden by a "floatation technique" showing a capital adequacy ratio much higher than the real value. Furthermore, bad debts of companies close to the Gülen Movement have also been saved.

It was further determined that Bank Asya has been repaying loans to customers who delay their debts. In other words, the bank has tried to pay off debts with more debt. Now, the percentage of non-performing loans has increased from 10 percent to 25 percent in its six-month balance sheet.

The legal reserve ratio of the bank is also lower than other banks and it was further revealed that the profit shown as TL 51 million in its six-month balance sheet is actually a loss. The BDDK's reports showed that the bank has hidden TL 735 millions of bad debt by not showing them on the balance sheet. If such an amount was shown on the balance sheet, the bank would have revealed a loss of TL 683.4 million. The bank's request to open 20 new branches has also been denied due to the deterioration in its financial structure.