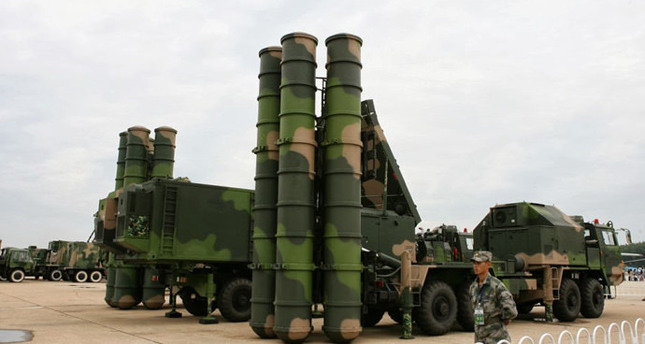 by daily sabah
Nov 12, 2014 12:00 am
Turkey could scrap a controversial plan to buy missile defense systems from China, which alarmed the U.S. and its Western allies, Turkish and European sources said Wednesday. The plan had concerned the U.S., who has already imposed sanctions against the Chinese corporation who won the missile tender, CPMIEC (Chinese Precision Machinery Export-Import Corporation), for supplying arms to Iran and Syria inspite of an embargo.

The Chinese corporation CPMIEC had won the tender for its FD-2000 missile system, which would be co-produced with Turkey. At a Defense Industry Executive Council Meeting it was decided that contract negotiations would begin within the framework for the long range air and missile defense system to be jointly produced by CPMIEC in Turkey.

China's FD-2000 had competed against Russian firm Rosoboronexport' S-400, the U.S. partnership of Raytheon and Lockheed Martin for the Patriot air defense system and the Italian-French consortium Eurosam's Samp-T.