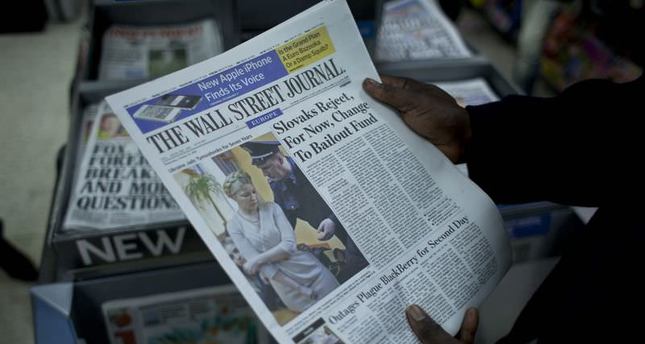 by Nov 13, 2014 12:00 am
Rupert Murdoch's News Corp is shutting down its foreign editions of The Wall Street Journal in Germany and Turkey by year's end, the Journal reported on Wednesday.

Dow Jones Chief Executive William Lewis said in a memo to staff that new digital and mobile product investments meant reductions were necessary in other areas.

"It will come as no surprise that in order to do even more, we must do fewer things that are not core to our business so that we can move faster in pursuit of our goals," Lewis is quoted as saying.

Also affected by the cuts are a radio broadcast unit, including MarketWatch Radio, which will shut down by the year's end. The MarketWatch website will still exist.

50-60 jobs will be cut in the move, the report said, quoting someone familiar with the situation.

Gerard Baker, editor in chief of The Wall Street Journal, said the company believed the best opportunity for rapid growth in the United States is expanding its digital and print circulation.

The company marquee assets include The Wall Street Journal, The London Times and publisher Harper Collins.