G20 Leaders Summit to be held in Antalya 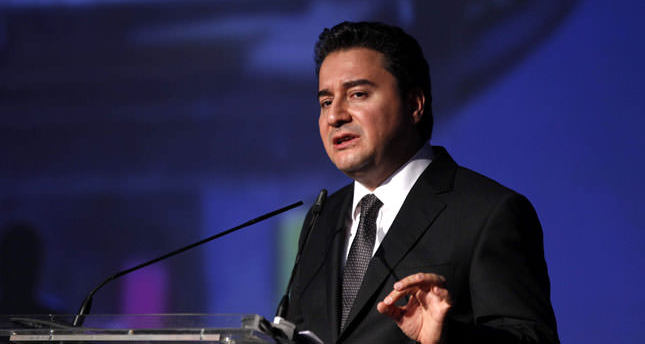 by Daily Sabah with AA
Nov 16, 2014 12:00 am
Turkish Deputy Prime Minister Ali recently confirmed that Turkey's G20 presidency will start on Dec. 1 and will continue for a year, adding that the leaders summit will take place in Antalya on Nov. 14-15, 2015. "However, finance ministers and the chairmen of the central banks will come together four times within 12 months with three of these meetings set to take place in Turkey. Ministers of trade, labor, food, energy and maybe foreign affairs ministers representing 20 countries will attend meetings organized in Turkey," said Babacan. Structural reform will top the agenda for Turkey's G20 presidency, Babacan said on Saturday at the G20 summit in Brisbane, Australia. "Under Turkey's G20 presidency, we will emphasize structural reform, structural reform and structural reform, for ourselves, for the G20, and for the world," Babacan insisted, speaking to reporters after the G20 meetings. "When there was G7 in the past, and when many decisions were being taken on that platform, Turkey felt excluded. Now we do not want to give that feeling to countries excluded from the G20," Babacan had said before Saturday. "We aim to make the G20 reach out and take care of countries that are not G20 members in an inclusive way," said Babacan. He also said that supporting small and medium-sized enterprises will be one of the main focuses of Turkey's G20 presidency. Underlining the fact that growth rates are the most important problem in the world's economy, Babacan said that issues such as employment, the regulation of the finance sector, infrastructure investments, financing to halt climate change, development, trade and taxes will continue to be included in the agenda during Turkey's presidency. Turkey will also focus on low-income countries and small and medium-sized enterprises. Babacan stated that G20 member countries account for 90 percent of the world's economy and 80 percent of world trade. "We will focus on strengthening ties with the rest of the world outside of the G20," said Babacan.