TOBB President to become B20 President 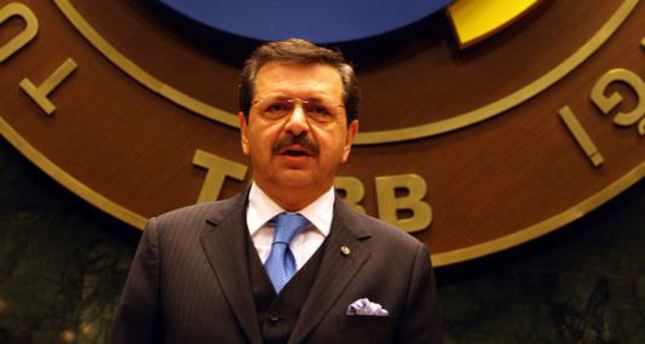 by Daily Sabah with AA Nov 16, 2014 12:00 am
The Chairman of the Turkish Union of Chambers and Commodity Exchanges (TOBB), Rifat Hisarcıklıoğlu has taken over the duty of the presidency of the B20, the business branch of the G20. According to an announcement from the TOBB, the B20's Australian President Richard Goyder has passed the duty onto Hisarcıklıoğlu, who is in Australia to attend the G20 Leaders Summit and the B20 meetings. Speaking to press members after the ceremony, Hisar-cıklıoğlu noted they will try to ensure that during Turkey's G20 and B20 presidency, not only will G20 countries benefit from their efforts but all countries. "We also want to include various business leaders to our works during our presidency of the B20," said Hisarcıklıoğlu. He further announced that they are working on scheduling events that will be held throughout the year and will welcome more than 5,000 business leaders to Turkey and that six topics that Turkey will focus on have already been determined. Stating that during the presidency of Australia there were five topics; international trade, infrastructure and investment, financing, employment and fighting corruption, Hisarcıklıoğlu noted that Turkey's most crucial contribution to the B20 will be the new area; "SMEs and Entrepreneurship" and they will strive to minimize the power large and multinational companies have in the B20 by including more SMEs.