Turkish businesswoman’s remarkable achievement in US 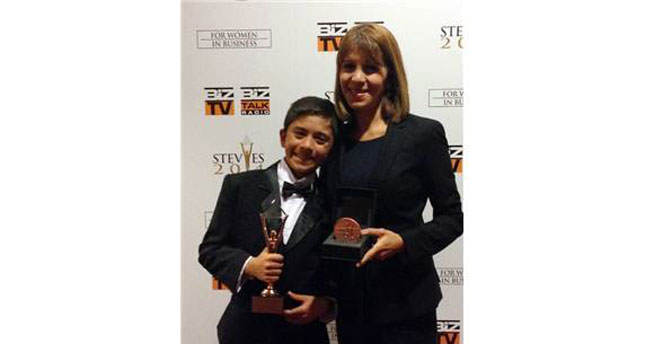 by Daily Sabah with IHA Nov 16, 2014 12:00 am
Cofounder and CEO of Confirm Sciences, which offers a range of drug and alcohol on-site test kits in San Diego, Zeynep Ilgaz Pala earned the "Female Entrepreneur of the Year" award in the category of business products in the 2014 Stevie Awards for Women in Business, which is described as the Oscars of the U.S. business world. Pala received her award from Michael Gallagher, president of the Stevie Awards. Gallagher said in his speech, "We are honored to give Zeynep Ilgaz Pala this award, which draws intense interest from many companies every year." In addition to saying that she was very proud to receive this award on behalf of all of her company's employees, Pala stated, "I am very happy to expand our company thanks to the endless support of my husband as well as the love of my children." Pala also pointed out that Confirm Biosciences was among the U.S.'s fastest growing companies this year.

Established in 2008 in San Diego, Confirm Biosciences started to sell its products in all Walmart chains across the U.S. in 2013 upon an agreement with Walmart. Pala was deemed worthy of a "Rising Star Award" in 2009, which is given to people who have significant achievements in economics and demonstrated a high level of community involvement. She received her award from Gail Naughton, dean of San Diego State University's College of Business Administration. After she graduated from the Economics Department at Boğaziçi University, Pala and her husband Serhat Pala went to the U.S. in 1997 for a master's degree in management, and they founded their first company in the garage of their home in San Diego.