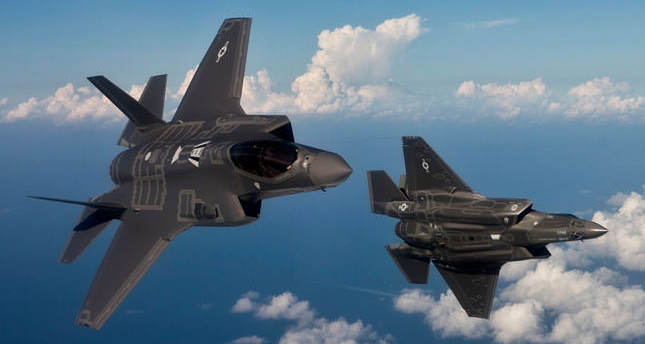 by reuters
Nov 18, 2014 12:00 am
Israel is likely to place a second order for between 12 and 15 U.S.-made F-35 fighter jets, around half the number previously mentioned by defence sources in both countries, an Israeli newspaper reported yesterday. A reduced Israeli purchase may dent international confidence in the Lockheed Martin Corp plane and set back Israeli efforts to get a lower unit price because of advance orders. Israel bought 19 F-35s for $2.75 billion in 2010, with delivery scheduled between 2016 and 2018.

Defence Minister Moshe Yaalon, who visited the United States last month, agreed a preliminary deal for 25 to 31 more planes, subject to approval by an Israeli ministerial committee, sources said. With a decision pending, best-selling daily Yedioth Ahronoth said most of the ministers opposed the scale of Yaalon's order, preferring a smaller purchase of 12 to 15 planes. Yedioth cited misgivings about whether the F-35's range, payload and manoeuvrability would suit Israel's needs.

Another official said the ministerial committee included Prime Minister Benjamin Netanyahu and four other senior cabinet members, as well as Yaalon. It has met four times to discuss the F-35 purchase, twice deferring deadlines on a decision. The delay could mean Israel incurring penalties on Citibank loan guarantees it had arranged to pay for the F-35s. Terms for the loans were due to expire on Nov. 15, defence sources said. The 2010 F-35 deal gave Israel the option of buying 75 planes in total - three squadrons. The numbers given by Yedioth suggested Israel might get fewer than two F-35 squadrons in the forseeable future, an operational challenge for its air force, which has been tasked with a multitude of regional missions including threatened strikes against Iran's nuclear facilities.