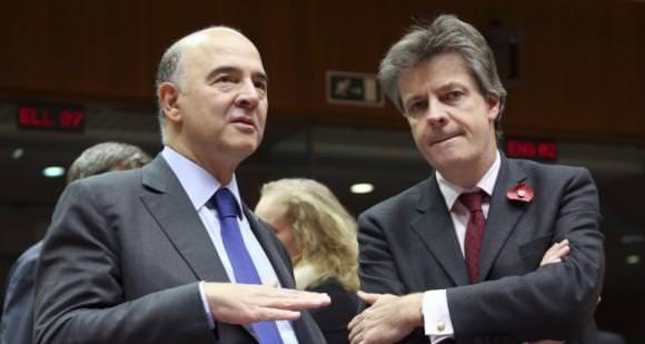 Billions of euros are at stake for recipients as varied as poorer regions, farmers, researchers and students. "We haven't won the race against the clock today," said Italian State Secretary for Economic Affairs, Enrico Zanetti. His country holds the EU's rotating presidency. He expressed optimism, however, that both sides were now closer to a deal. After Monday's missed deadline, the EU's executive must draft new proposals. The negotiations "allowed us to narrow down the gap between our positions, which should allow us to continue the talks on the basis of a fresh [European] Commission proposal," Zanetti said.

If no EU budget is in place by the start of 2015, the bloc will be restricted to spending one-twelfth of its current budget per month until a new deal is struck. The EU's budgets are funded mainly by member states. Most of the money is then redistributed among the 28 nations through various subsidies and support programs. Budget showdowns are not unusual, with member states traditionally seeking to rein in expenditures while lawmakers lean toward more generous spending. Rising anti-EU sentiment has upped the pressure for the bloc to deliver.

For 2015, the EU parliament has pushed for a budget of 146.4 billion euros, amounting to an increase of 8 per cent from this year. EU member states had sought to limit EU spending to 140 billion euros, or an increase of 3.3 per cent. But on Monday, the governments offered an extra 3 billion euros to pay for activities such as research, innovation and education - areas seen to encourage economic growth and job creation.

Another key sticking point was the issue of unpaid bills that the EU keeps rolling over from one year to the next. They have ballooned to more than 20 billion euros, leading to at least one court case against the EU.

"How credible can an EU be which tells member states to control their public spending and yet it puts entrepreneurs, researchers, Erasmus [exchange] students in difficulty by not honoring its commitments?" asked Jean Arthuis, the chairman of the legislature's budget committee. Failure to resolve the issue "feeds the arguments of europhobes," he charged. Earlier on Monday, governments acknowledged "the unprecedented scale of outstanding payments," and said they would "address this exceptional situation." But they only agreed to provide half the 4.7 billion euros that the commission considered to be the necessary minimum to cover these arrears, according to EU lawmakers.

Parliament wants to see 5 billion euros collected from fines going towards settling the outstanding bills. But governments prefer to channel these funds into their national budget, as usually happens, the lawmakers said.

This year's budget proceedings have also been overshadowed by a row over 2 billion euros in extra funding that Britain has been asked to contribute to the EU budget. A change in rules has been proposed to grant London a nine-month grace period, but some diplomats have worried that the parliament could use this as a bargaining chip in the 2015 budget negotiations.