Istanbul to spend TL 2 Billion on rail network in 2015 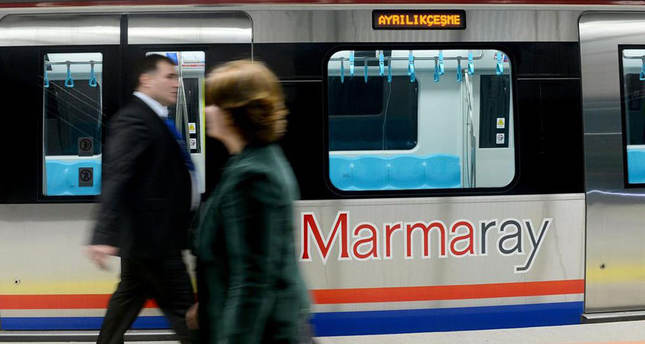 by daily sabah
Nov 19, 2014 12:00 am
The budget of the Istanbul Metropolitan Municipality for 2015 has been announced as TL 12.25 billion ($5.50 billion). Based on the budget, the focus will be on rail systems on Istanbul's Asian side. The budget for rail systems has been determined at TL 1.19 billion for the Asian side and TL 832 million for the European side.

The budget for the Üsküdar-Çekmeköy metro on the Asian side was set at approximately TL 732 million while the budget for the Kartal-Kaynarca Metro is estimated to be TL 212 million. On the European side the Mecidiyeköy-Mahmutbey has been allocated TL 400 million for investments.

Speaking to Municipality Council members, Istanbul Metropolitan Municipality Mayor Kadir Topbaş announced that about TL 7.85 billion out of the total budget will be reserved for investments. "With the budgets of the Istanbul Water and Sewerage Administration (İSKİ) and the Istanbul Electric Tramway and Tunnel Establishment (İETT), our total budget increases to TL 19.71 billion, and when the turnover of other administrations is added, the budget for Istanbul increases to TL 31.8 billion," Topbaş stated.

Topbaş added further that the 44-kilometer-long rail system, including trams, was going to be increased to 141 kilometers and construction works are currently taking place for 100 kilometers of the track. He further noted that the percentage reserved for environmental works was around 40 percent and added, "When I was first elected as mayor of Istanbul, active green spaces were around 32 million square meters and our goal for 2019 is to increase this to 110 million square meters."