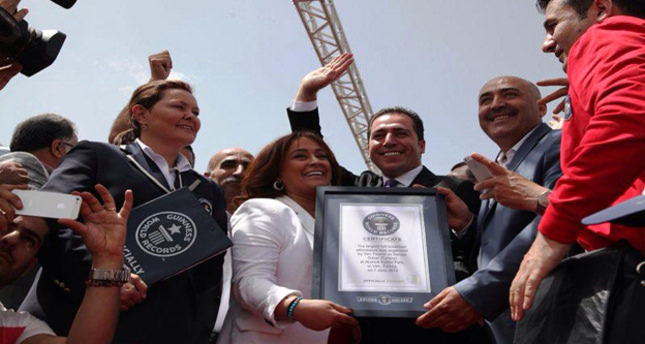 Despite GDP data released on Monday showing that Japan’s economy had shrunk an annualized 1.6 percent in the third quarter, the Bank of Japan decided to stand firm on their current monetary policy after a meeting held yesterday

Emphasizing that entrepreneurship is also the solution to unemployment, Hisarcıklıoğlu continued, "There are 1.5 million businesses in Turkey, and the number of employees working at these businesses is 15 million. This means that each business provides employment for 10 people. Every year, 700,000 people enter this population of employment. So, every year we need to introduce at least 70,000 new entrepreneurs to find jobs for these people."

Hisarcıklıoğlu also stressed that Germany and Japan reached their current economic positions due to to their entrepreneurial systems. "The role of entrepreneurship is critical for Turkey to become one of the top 10 economies in the world," he added. Touching on his own entrepreneurial story, Hisarcıklıoğlu said that even though his father was not an entrepreneur, successful entrepreneurs grew up in his family. "I worked at a pharmacy during summer holidays when I was at elementary school, and I sold socks while I was studying at university," Hisarcıklıoğlu said, giving the following advice to entrepreneurs: "It is important to have a working principle. I adopted five principles in my business life. Honesty is the key to success; you should be honest if you want to win. Your expenses should always be less than your income. You should not rely on your memory alone in your business, but you should put your transactions down on paper. And one more thing, toleration is possible in friendship, but not possible in business." Following the panel discussion, Minister of Development Yılmaz was presented an award by the G3 Platform President Gülden Yılmaz due to his support for the forum and his entrepreneurship.