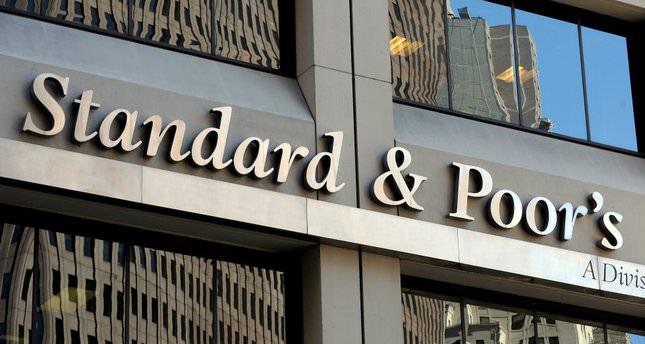 According to the report entitled, "What Lies Ahead for Emerging Market Banks?" Brazilian banks still face difficult conditions while China is experiencing good growth even though real estate and shadow banking remain major risks. India is experiencing improving economic performance albeit asset quality problems remain and Mexico is experiencing improving economic prospects that should keep banks' performance stable. Russian banks face tough conditions as the economic outlook gets cloudier while South Africa's balance-sheet growth has slowed, but stable earnings are reported for 2015.

Turkish banks were reported as resilient amid tough operating conditions. S&P reported, "Following the regulatory measures taken in 2013 aimed at curbing the fast pace of growth in consumer loans and credit cards, Turkish banks have entered into a period of more sustainable growth.

"According to the Turkish bank regulator, year-to-date credit growth was only 12 percent up to October 22. Therefore, we expect full-year growth to remain close to 15 percent as we anticipated and far below 2013's level. We view lower credit growth as positive for the system, although it remains to be seen if banks will maintain this trend in 2015 and onward.

"Coupled with this, the ongoing margin contraction continues to eat into bottom-line earnings, albeit from a relatively high level. We assess Turkish banks' asset quality and capitalization as good compared with their emerging market peers. While the nonperforming assets ratio, including asset sales and restructured loans, is still close to or below 5 percent for many rated banks, we believe asset quality remains vulnerable to internal or external shocks should they be more sustained because of banks' fast credit growth in recent years.

"Turkish banks continue to benefit from abundant liquidity across the globe, which helped them refinance all of their external debt coming to maturity up to the end of 2014's third quarter."