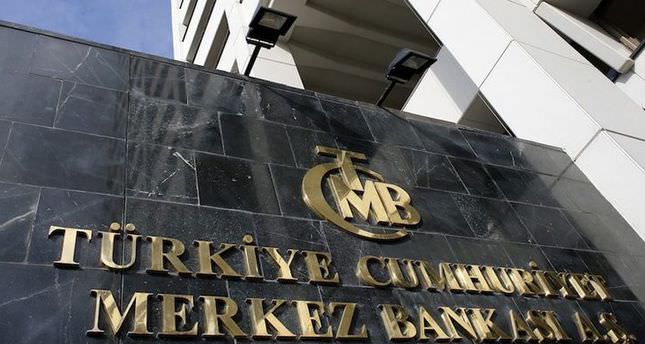 by Daily Sabah with AA Nov 20, 2014 12:00 am
The Monetary Policy Board (PPK) of the Central Bank of the Republic of Turkey (CBRT) announced yesterday that it would maintain the one-week repo interest rate at 8.25 percent. The board, which held its November meeting yesterday, also kept the marginal funding rate at 11.25 percent and the CBRT's borrowing rate of interest at 7.5 percent. It is also maintaining the borrowing facilities provided for primary dealers via repo transactions at 10.75 percent.

In its routine January meeting, the board had held the one-week repo rate at 4.5 percent, but increased it to 10 percent after an extraordinary meeting held on Jan. 28. The huge rate hike had shocked the markets and incurred the wrath of the government, which saw the dramatic increase as a serious threat to the country's economic growth.

According to the statement released by the board, the tight monetary policies and macro precautionary measures had resulted in the decrease of the credit growth rate to a reasonable level, which positively influenced core inflation in turn. However, high food prices has forced a delay in the improvement of the inflation rate, the statement said, and added that despite the decreasing global demand, exports supported balanced growth.

The board further noted that the decrease in prices of crude oil and commodities were likely to support the decrease in inflation. The board also said that it would continue to closely observe inflation expectations, pricing trends and all other factors affecting inflation, and the tight monetary policies will continue to be applied by keeping the yield curve close to horizontal.