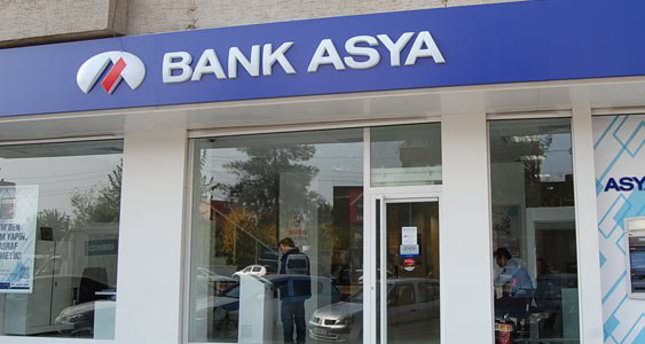 by daily sabah
Nov 22, 2014 12:00 am
Gülen Movement-affiliated Bank Asya began closing its branches after announcing a loss of TL 301 million ($135.4 million) in the third quarter of 2014. The bank has closed 80 branches due to changes in its financial situation, which is thought to affect its profitability in 2015. According to a statement that the bank released through the Public Disclosure Platform (KAP), 1,708 staff have been put off. This retrenchment is said to contribute to profitability in 2015 by reducing the bank's operational expenses. Bank Asya, which made a net profit of TL 60.6 million in the third quarter of 2013, lost TL 301 million in the same period of this year due to a steep decline in loans and deposits and a decrease in revenue. The bank lost TL 249.6 million in the first nine months of this year.