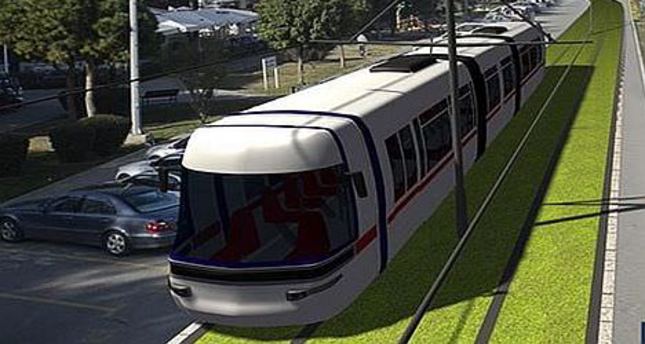 by daily sabah
Nov 22, 2014 12:00 am
Turkey's third-largest city, Izmir, is expanding its light-rail system with a comprehensive financing package put together by the European Bank for Reconstruction and Development (EBRD) and its partners.

The investment program will focus on the expansion of a light-rail system through the acquisition of 85 light-rail transit vehicles. The new transport system, launched in 2000, presently covers a network of 19 kilometers. Its 77 vehicles serve 200,000 passengers per day.

The EBRD loan comes with over 1 million euros in grant financing from the bank's own funds and from the Slovak government to support local authorities in the implementation of the project. The EBRD has previously provided a 33 million euro loan to Izmir's municipal ferry operator Izdeniz to buy three car ferries and build four wharves and a maintenance facility in a move to make the city's sea transport more efficient, encouraging residents to avoid congested roads.

The bank started investing in Turkey in 2009 and currently operates from offices in Istanbul, Ankara and Gaziantep. To date, the EBRD has invested over 4 billion euros in the country across 126 projects in infrastructure, energy, agribusiness, industry and finance. In just five years, the EBRD's portfolio in Turkey has become one of the largest among the countries where the bank works.