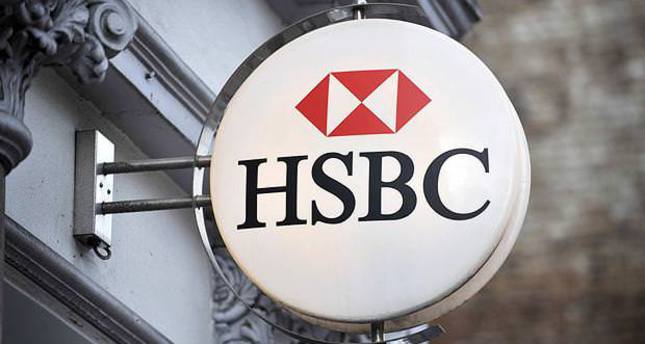 by French Press Agency - AFP
Nov 22, 2014 12:00 am
HSBC Private Bank, the Swiss subsidiary of British banking group HSBC, said Friday it had been placed under formal investigation as part of a French tax fraud probe. The bank said magistrates were "examining whether the bank acted appropriately between 2006 and 2007 in relation to certain clients of the bank who had French tax reporting requirements, as well as in relation to the way the bank offered its services in the country."

In France, being placed under formal investigation is the nearest equivalent to being charged, and occurs when an examining magistrate decides there is a case to be answered. The bank said it had been asked to deposit a bail bond of 50 million euros, and would "continue to cooperate with the French authorities to the fullest extent possible." Le Monde daily reported that French investigators have calculated that the bank had assisted over 100,000 people and 20,000 companies hid some 180 billion euros in 2006 and 2007. A judicial source told AFP earlier this year that the bank was suspected of "benefiting from the gains of tax fraud" and "laundering funds of an illicit origin by allowing thousands of clients to hide them." The source said the bank had used numerous trusts and shell companies to help wealthy clients conceal their assets. The same subsidiary was charged this week in Brussels with fraud and money-laundering worth hundreds of millions of euros, mainly for helping diamond dealers in the industry's international hub of Antwerp evade Belgian taxes.

The charges were the latest in a series of international investigations into major banks looking at practices ranging from rigging of interest and currency exchange rates as well as mis-selling products.