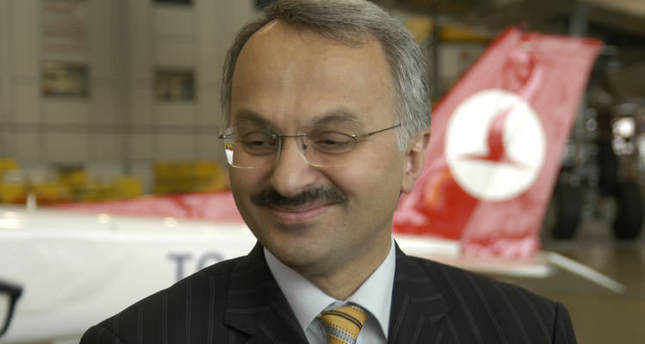 by daily sabah
Nov 25, 2014 12:00 am
Turkish Airlines will add up to 10 new African cities to its network in 2015 as it looks to strengthen its position on the continent. Temel Kotil, president and chief executive, said in an interview on Wednesday that the airline is looking at five more cities in Africa on top of the five already announced for 2015. He said the airline is looking to add cities between South Africa and the Democratic Republic of the Congo to its existing Africa network of 44 destinations. He did not state which cities the airline is considering, however, cities in Angola, Namibia and Botswana could be ideal. Turkish Airlines already flies to the Zambian capital, Lusaka. Africa has been Turkish Airlines strongest growth market of late, Kotil said, however, Europe remains its largest passenger market.

The airline can fly narrow body aircraft into much of North and West Africa, along with the western parts of Central Africa. "We are very strong in Africa," Kotil said on the sidelines of the Arab Air Carriers Organization Annual General Meeting held in Dubai last week. Turkish Airlines has emerged in the past decade as a major player among global airlines. Its geographical position out of its Istanbul hub puts it closer to Europe, North America and Latin America than the Gulf carriers.

However, unlike the Gulf airlines, it cannot fly to Australasia direct and so far Gulf carriers have a much higher presence in Southern and Eastern Africa, which is understandable due to their strategic geographical location. In contrast to recent African growth, Turkish Airlines has seen the Middle East market flat line after rapid growth in recent years. "The Middle East is good but we're limited ... because we covered most major cities," Kotil said. Today, it flies to 24 Mideast cities. The airline is now adding larger aircraft; Airbus A330s and Boeing 777s, Kotil said, as it is constrained from adding frequencies due to existing bilateral agreements.