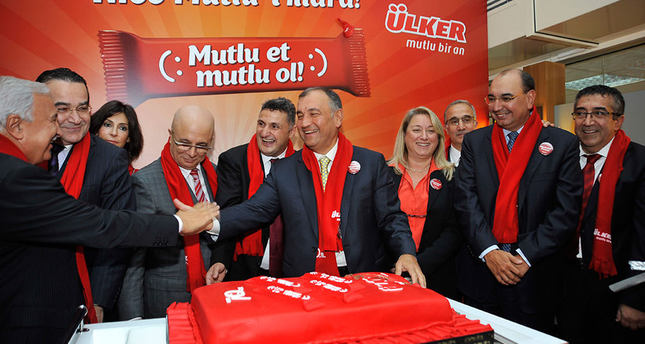 by Daily Sabah with IHA
Nov 28, 2014 12:00 am
Ülker Bisküvi signed a syndicated loan agreement for $550 million which was completely covered by foreign banks. Ülker received 3.5 times more (more than $1 billion) than the initial fund requested under the syndicated loan, which was $300 million, and due to the high demand, it lowered the interest rate. This international syndication, which 26 foreign banks and various Turkish companies attended, had the highest number of participants in the last ten years. East Asian banks from China and Taiwan, which have never loaned any credits to Turkey, attended the syndication.

Banks from Asia, the Middle East , the United States and Europe took part in the syndication which was led by Bank of American Merrill Lynch as lenders. Stating that this syndication loan received the highest participation attendance to date, Ülker's CFO Bora Yalınay said that this was the first time banks from China and Taiwan and three Japanese banks took part in a non-bank participation loan. "Such high demand and participation indicates the trust in Ülker and also Ülker's international credibility," said Yalınay.

While the syndicated loan started at $300 million including liber plus a 2.90 percent interest rate, due to the high rate, the loan amount increased to $550 million. A drop in the interest rate to 2.75 percent plus liber and the maturity for the loan was determined at three years. A part of the syndicated loan will be used to refinance current loans and the remainder will be used for financing other activities undertaken by Ülker in Turkey and its operational region.